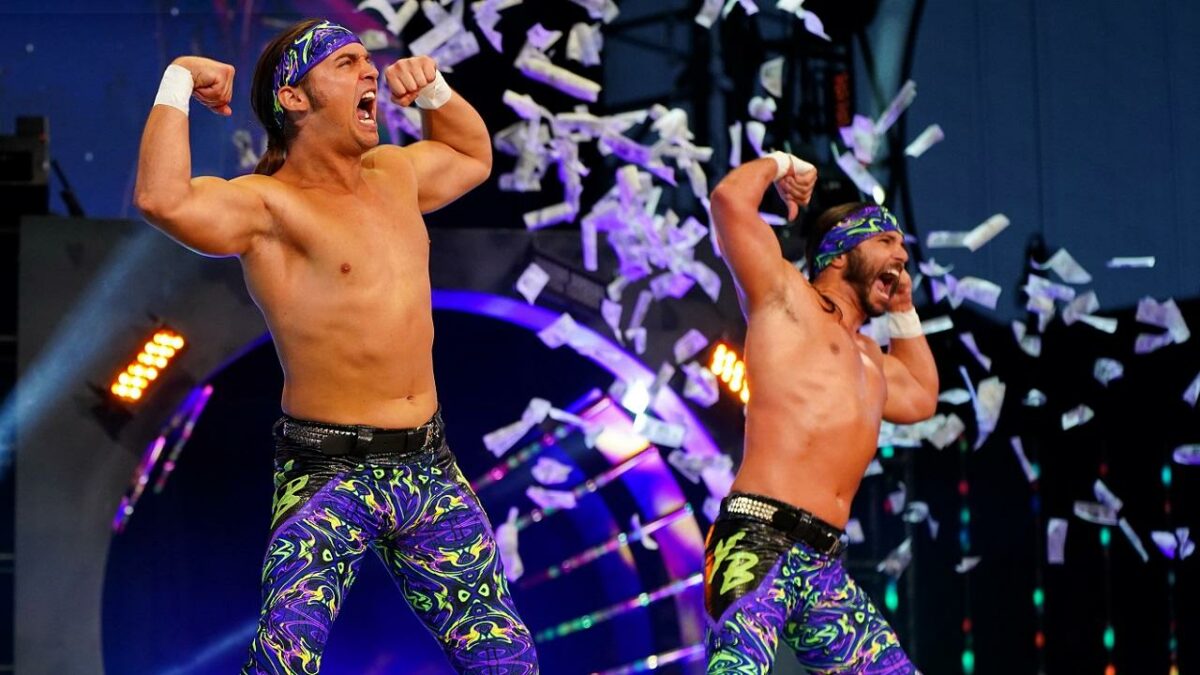 Young Bucks, the AEW World Tag Team Champions, have further sparked rumors of a partnership between AEW and Impact Wrestling.

Late on Wednesday, Matt Jackson and Nick Jackson posted a picture of their time together in Impact [fka TNA] where they were called “Generation Me” and wrestled under the names Max and Jeremy, respectively.

The Bucks’ tweet came a few hours after Impact Wrestling executive Don Callis helped Kenny Omega defeat Jox Moxley to capture the AEW World Championship on AEW Dynamite. The show ended with Callis announcing that Omega will appear on Impact next week to explain the shocking turn of events.

Several AEW and Impact Wrestling stars have also reacted to the possibility of the two promotions working together going forward.

Young Bucks and Omega, who now hold all the major championships in AEW, also serve as EVPs for the new wrestling promotion.