R-Truth Says He Wants To Team With Riddle 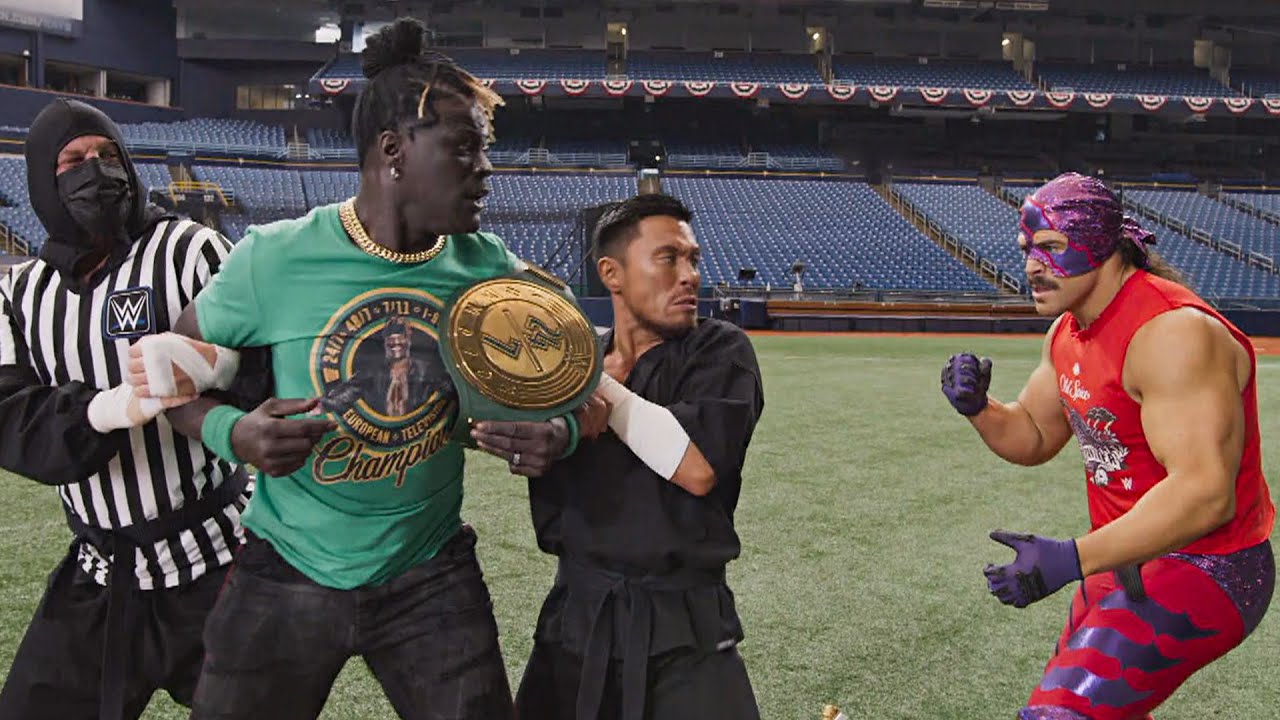 After a successful WrestleMania 37 this past weekend, 24/7 Champion R-Truth spoke with the panel on WWE’s The Bump about the magical moment that ensued after seeing fans for the very first time in over a year. He calls the moment a “scrumptious recipe.”

“Oh, my goodness, historical,” R-Truth said when asked what it was like to see fans at this year’s WrestleMania. “What is it: one year, one day, one month? We brought it back! When I say we, I’m including the WWE Universe and Vince McMahon. [They] pretty much cut the ribbon for everybody. We back at it!

“Look at what happened that night; stores got told, and dreams got made. You got put on that rollercoaster. To have the fans back in the place and make noise, that was the main part of our recipe. When you got the full recipe, it goes past delicious; it’s [chef’s kiss] scrumptious.”

Panelist Matt Camp informed R-Truth that on The Bump this past weekend, former United States Champion Riddle mentioned he would like to join forces with Truth and go after the new RAW Tag Team Champions AJ Styles and Omos. Camp wanted to know if R-Truth shares the same goal.

“Riddle me Truth, I am down with that!” R-Truth replied. “Y’all know I can still go.”

Just before concluding his interview, R-Truth announced that outside of defending his 24/7 Championship, he is back in the recording studio working on a new album. He noted that one song from his current album is called “Legacy,” and he’s very excited to share it with the world soon.

“I’ve got a legacy album on the way,” R-Truth announced. “We don’t know if it’s going to be a project or an EP or LP, but we got some legacy issues coming. ‘Legacy’ is the first single coming out on the album. Some stuff about to leak, y’all.”

You can watch R-Truth’s full interview here. If you use any of the quotes in this article, please credit WWE’s The Bump with a h/t to Wrestling Inc. for the transcription.