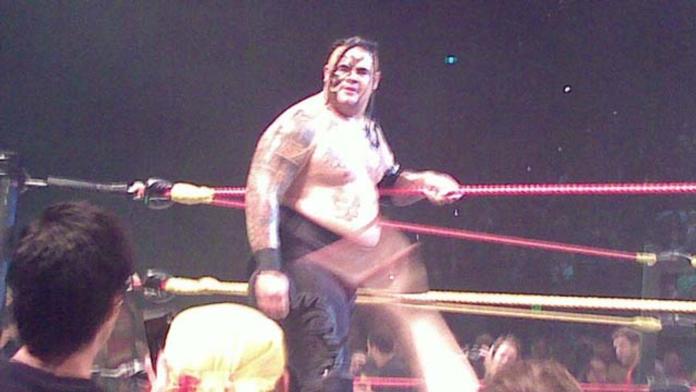 According to live reports from tonight’s SmackDown taping at the Mohegan Sun Arena in Mohegan Sun, Connecticut, Umaga appeared to be shaken up in his main event match against WWE Champion Triple H that will air on this week’s edition of SmackDown. We were told it appeared that he tweaked his knee, causing the referee to throw up the “X” signal. We have not been able to confirm whether or not the injury is serious.

Umaga just recently returned from a torn PCL in his knee that he injured back in August.