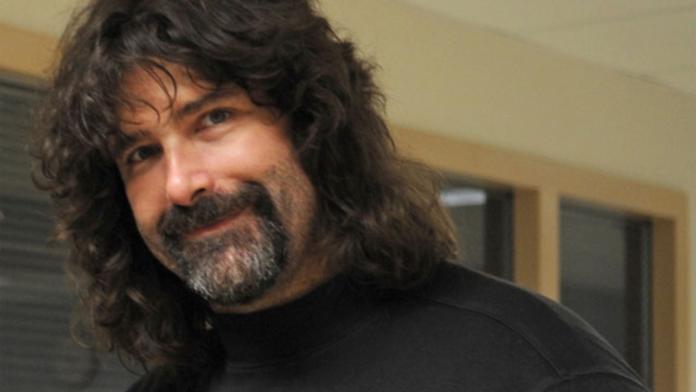 ? Mick Foley has started working on his fourth autobiography around six weeks ago. The focus or theme of the book is expected to be about Foley jumping from WWE to TNA and suddenly finding himself having more fun doing wrestling than he has at any time in years. Foley even mentioned during a recent edition of Impact that he was working on the book that had a tentative title of “Crossing The Line.” Foley’s last autobiography was released in 2007 called “The Hardcore Diaries” looking at his feud with Randy Orton in 2004, his feud and later teaming up with Edge and his short lived feud with Ric Flair in 2006.

? Bobby Lashley ended up signing a longer-term deal with TNA and looks to be remaining with the company for a while. Lashley debuted at the Lockdown PPV on April 19 agreeing to a three-day contract for the PPV and the two TV tapings that followed in Orlando. People on Lashley’s side were said to be looking to put together a deal where he would be sponsored like a fighter and appear on Spike TV, although it doesn’t appear TNA agreed to that. Jeff Jarrett stated in a recent interview that they were willing to work with Lashley as he continues his MMA career.

? We will be giving away three copies of the WWE WrestleMania 25 DVD to three active members of our new forums. The contest ends on May 31st, and the DVDs will be sent the first week of June. To be eligible for the contest, you just have to register and participate in our forums. We will have contests for forum members every month. To register on our forums and be eligible for the WrestleMania 25 DVD giveaway, click here. Please note that this offer is only valid for U.S. residents.