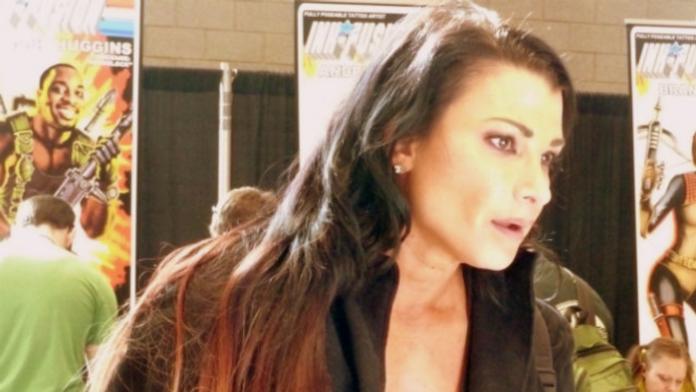 As reported earlier, Lisa Marie Varon (a/k/a Tara) has just over two weeks remaining on her TNA contract as her current deal expires on May 21. In a blog post last week, she indicated leaving the promotion as company officials declined her request for a “modest pay increase.” She also expressed her displeasure with unnamed sources claiming she’s difficult to work with and that she has not given her best effort for the promotion.

“My only response is that TNA made an aggressive effort to re-sign me, among other things saying that they want to build the women’s division around me,” Varon wrote in response to an online report. “And I think wrestling fans see, both on TV and at live events, that I always give 100%. I take pride in that. Smearing me on the way out the door is an act of second rate character.”

For what it’s worth, a second party has indicated Varon being difficult to work with as a number of stories on the multi-time champion burying her peers behind their backs to management have surfaced. Among the stories cited are reports of Varon complaining about various female wrestlers on house show tours, refusing to work with certain individuals altogether, and squashing numerous storylines ? all of which she denies but we’ve heard otherwise.

Some time ago, management addressed her issues and told talent to handle their personal problems amongst themselves. It’s been said that company president Dixie Carter wants no part of any backstage turmoil and doesn’t want the office to get caught up in political games. She has made it clear that if the problems continued, the solution would be something talent will not like.