As noted very late last night here on the website, former WWE performer James Henry Neidhart, 55, (a/k/a Jim “The Anvil” Neidhart) was arrested Sunday afternoon and charged with two counts of possession of controlled substances with intent to distribute, two counts of trafficking illegal drugs, one count of burglary of an unoccupied dwelling, and one count of third degree grand theft for property stolen between $300 and $5,000.

The father of WWE Diva Natalya was arrested at 2:50 p.m. after deputies were alerted to him being loud and unruly as he was pumping gas at the A.J. Food Market, located at 9806 Tom Folsom Road. He was seen opening pill bottles located in the trunk of his silver Pontiac Sunfire, according to a Hillsborough County Sheriff’s arrest report.

When authorities arrived to the scene, he was agitated and aggressive. He was observed “ingesting multiple pills that he dropped on the ground while inside the trunk of his vehicle,” the sheriff’s office arrest report states.

Neidhart is currently being held without bond pending his first appearance before a judge.

The Hillsborough County Sheriff’s Office also revealed Neidhart’s mugshot, which is below: 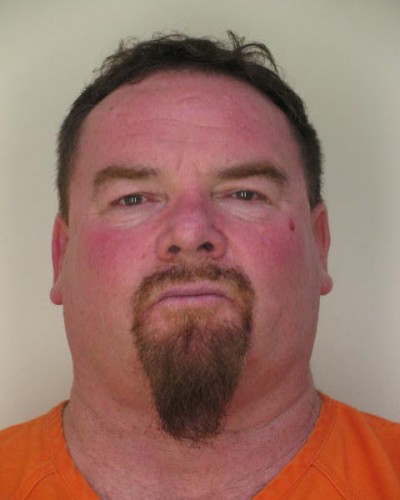