— Cable provider iNDEMAND has released the promotional poster for WWE’s first October pay-per-view event, Hell in a Cell (10/3). The poster is different from the unofficial poster that has been circulating online in recent weeks, which were apparently fan creations. The Hell in a Cell poster features The Undertaker, you can check it out below: 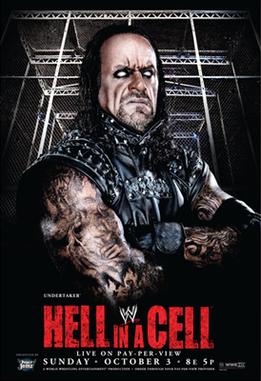