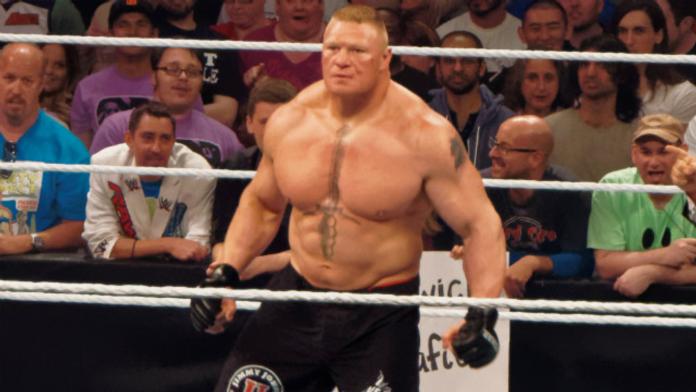 — When asked about the possibility of Brock Lesnar going to the WWE for a fight with the Undertaker, UFC Dana White had the following to say to TMZ.com: “Brock Lesnar is still under contract with the UFC … he is not going to wrestle in the WWE. He cannot wrestle, box or fight anywhere else.”

You can check out the full article by clicking here.

— Jerry “The King” Lawler says that Jim Carrey was so into his role as Andy Kaufman while filming Man on the Moon that he spit in King’s face on the set. Lawler spoke to TMZ while apparently in NYC (why’d he be there is beyond me) this morning and said that Carrey’s method acting led to some confrontations on the set of the movie. He said Carrey wanted him to do a piledriver on him on camera, but the King refused, leading Carrey to go off and spit in his face. Lawler said he figured that he would be fired from the film after the outburst, but nothing became of it. You can check out that full article by clicking here.