— WWE Studios’ Knucklehead, starring the Big Show, will receive a small theatrical run starting on 10/22 so expect WWE to promote the film on TV soon.

2011
2/1: Straight from the Hart by Bruce Hart
2/16: Undisputed: How to Become the World Champion in 1,372 Easy Steps by Chris Jericho
3/1: Danger, Death and the Rush of Wrestling by “Road Warrior Animal” Joe Laurinaitis

— Since The Nexus are the only talent featured on the WWE Survivor Series 2010 poster, it looks like they won’t be going anywhere and that John Cena will be joining Nexus on Sunday at the Hell in a Cell PPV. You can view the poster below: 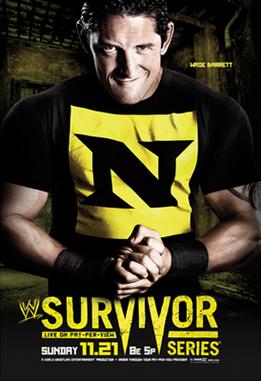