— Mick Foley tweeted the following today: “Time for the big reveal. The identity of the 3rd major donor to the #10for RAINN campaign is…drum roll please..hold on, be right back. The donor is…Vincent K McMahon”

— As noted earlier here on WrestlingINC.com, the promotional material for WWE’s Capitol Punishment pay-per-view event, which takes place June 19 at the Verizon Center in Washington, D.C. has been released. They released a new PPV poster, which features Randy Orton and is available below. The old poster featured Vince McMahon, and is available in the “Photos” section of our Facebook Group. 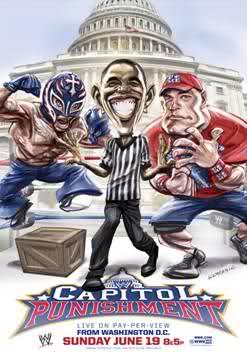