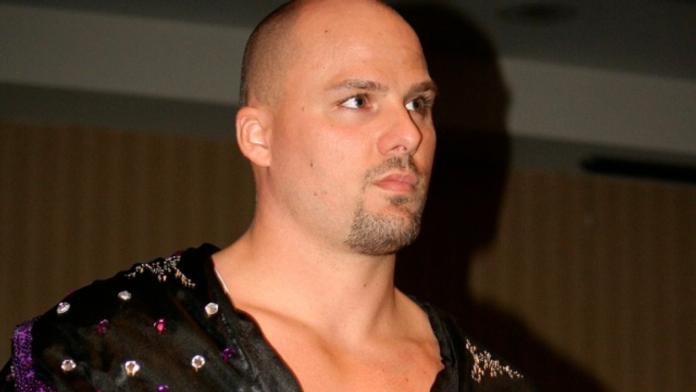 Adam Pearce posted the following on Facebook today, discussing his future in wrestling?

Those in attendance yesterday at the tenth “NWA Championship Wrestling from Hollywood” tapings saw that I was able to be a part of an in-ring segment that ended with me going nose-to-nose with one of my dearest friends and wrestling adversaries, Colt Cabana.

While the moment felt great and the energy was awesome for me (THANK YOU to the fans that made the segment work!), I realize that to many it had to have appeared that my character was returning to the broadcast and to wrestling in general.

I’d love to be able to say right here and now that this is fact, and tell you I’m 100% ready to go, but that would be disingenuous and flat out untrue. The truth is that I still have not been medically cleared to wrestle, and I asked to be a part of that segment – with it ending the way it did ? for a reason. As I pen this, there is still a very real chance that it will end up as the last in-ring appearance I make as “Scrap Iron” Adam Pearce.

Now, before we go too far with “doom-and-gloom”, this is NOT a retirement speech.

The other truth is that I’ve made a lot of progress since February and my neck is now 100%. Therein hides the real issue: my neck never really was the problem. The real source of my forced hiatus is the nerve damage I suffered when I basically crushed the Brachial Plexus nerve bundle on my right side at the same time I sprained my neck.

That nerve damage initially left me with horrible numbness on my right side, leaving me unable to feel a big part of my upper chest, shoulder, and arm. Over time I’m happy and grateful to report that the numbness has subsided to a point where I generally don’t notice it at all and feel absolutely normal most of the time.

The key word there is ‘most’. There still ARE times when I notice that I’m numb, or that my right thumb and forefinger are tingling out of control.

That said, I don’t want to make it seem worse than it really is. Those times are becoming fewer and farther between, and I function completely fine in normal, every-day, situations. No one knows I suffered neurological trauma unless I tell them. I’m in great shape, probably the best I’ve been in over the last 10 or 12 years. To be blunt, I feel wonderful.

My doctors and family understand how I am feeling and that I want nothing more than to return to wrestling, and they further understand that without the tremendous progress I’ve made in this recovery there is no way I’d even be willing to try. If I were ten years younger I would have already been back in the ring. Of that I have no doubt. But with a family depending on me and as I rapidly approach my mid-thirties, I am finally mature enough to know that I’m on borrowed time as it is, and because of that in no way am I willing to put myself at a level of risk that is higher than it absolutely has to be.

This is why June 24th becomes the most important day of my career.

Not only will I turn 33-years-old that day, but I am also scheduled to have my final doctor’s appointment which will bring closure to my case and form a definitive outlook and plan for my future.

I’m certain that my doctors will ‘strongly advise’ me that a return to active wrestling is a bad idea. In fact, I’ve never had a doctor tell me that getting tossed around is a good one. Even with that expectation, I’m excited because I know the amount work that I’ve put into my rehab and I know that every one of my neurological tests comes back with better results than the one before it. I know my body is responding and I know that my doctors know what that ultimately means for me ? one last ride.

After reading and listening to Shaquille O’Neal last week and how completely satisfied he sounded with his career ? even the things he came up short on ? I realize that I want to go out the same way. I want to be content and proud of my accomplishments, and there is no way I could do that if I were FORCED away from wrestling. I know myself and I know I’d feel empty and regretful of the opportunities I’ve decided not to pursue and the last thing I want is to grow old and bitter and full of self-loathing and pity.

I want to walk away of my own accord, with nothing left in my tank or on the table, exhausting every option and opportunity so at the end of that last day I can look in the mirror and say without hesitation ? “You’ve done all you want to do, and you’ve done it your way”.

I know how gratifying and awesome that will feel and I know that I want to share it you ? the people that have supported me throughout this and have lent a kind word or a prayer along the way. You will never know how much that has meant to me.

So it all falls to June 24. I will announce my decision during the June 25th broadcast of “NWA Championship Wrestling from Hollywood”. For those of you unable to watch the show live on KDOC-TV that night, I will upload the video to my Facebook page.

So there you have it. After more than four months the wait is almost over. Assume nothing, but prepare for everything. If all goes as planned, I’m going on one last ride. If the good lord throws me another curveball then at least I had last night in Hollywood.

Thank you to all of you that made that moment very special for me.

The clock is ticking?