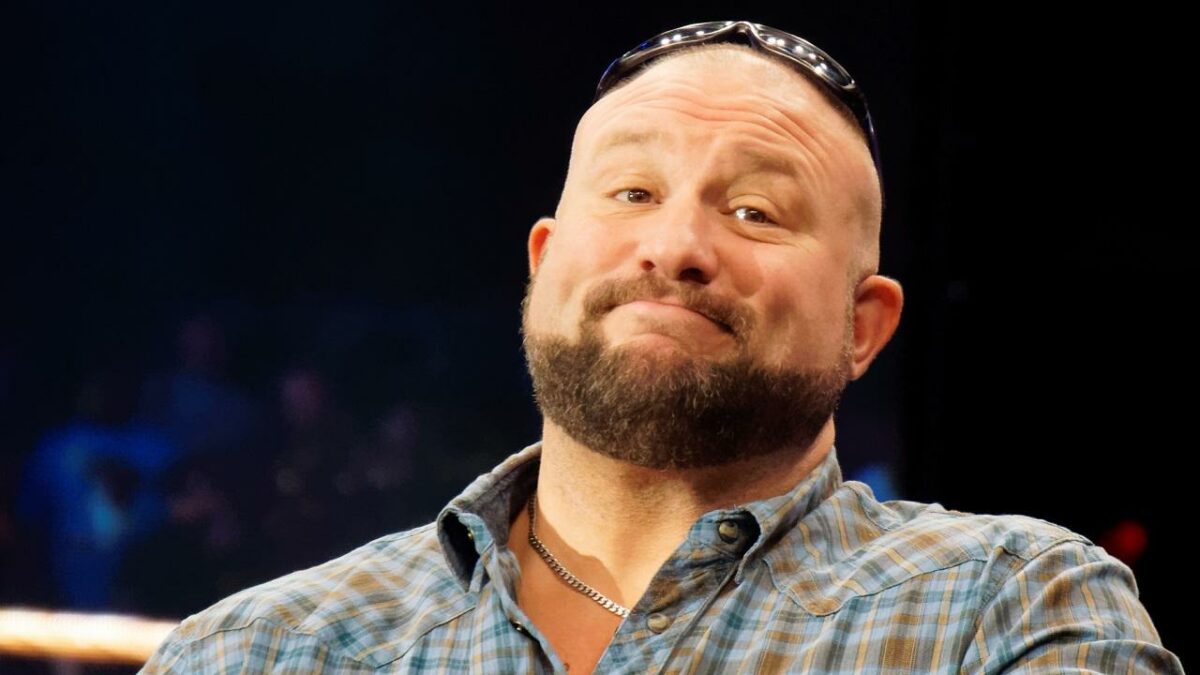 Welcome to our WrestlingINC.com Live TNA Impact Viewing Party. We will be providing live ongoing coverage of tonight’s Impact, while you all can chime in with your thoughts throughout the show.

Keep hitting REFRESH on your browser to get the most up-to-date results.

We begin with a video recap of the Claire & AJ and Aces & 8’s storylines.

Bully Ray comes to the ring as he pulls out his ‘Twitter machine.’ He demands a mic and asks if we know who he is. He says he’s the leader of the Bully Nation. He says Joseph Park taught him that if there’s enough evidence against someone, then they’re guilty. He says Storm is guilty of being involved with Aces & 8’s and tonight he will defeat Storm and get his 7 points in the BFG Series. Storm’s music hits.

Storm says had nothing to do with the attacks because he is more concerned with winning his title back. He draws an imaginary line in the ring and says he will give Bully to the count of 3 to do something. He does and Bully backs out onto the apron.

They are interrupted by the masked men on the big screen and their voices have been distorted. They say they are impressed with Sting issuing them an open invitation but they are going to do it on their time.

Bully gets in the ring and accuses Storm again. They cut him off to a sudden commercial.

They re-play the Aces & 8’s video from moments ago.

Backstage, The Pope talks about his BFG Series match at Hardcore Justice this Sunday.

–BFG Series Leaderboard: Storm is in the lead with 66, followed by Samoa Joe with 53. Kurt Angle is 3rd with 41 and Mr. Anderson with 40.

RVD hits a 5 Star Frogsplash for the win.

Winner of 7 points by pin: RVD

Bobby Roode comments in the locker room on the contract-signing between him and Austin Aries. He says there may not be one because there is some language in the contract that his lawyers object to.

Devon starts off with Kaz and quickly tags Garett. Kaz tags Daniels in and Garett gets 2. Devon tags back in and drops a big leg for 2. Garett tags back in and they double team Daniels. Kazarian distracts Garett from the apron and Daniels capitalizes. Kazarian tags in and gets 2. More quick tags from the champs.

Garett manages a tag to Devon who cleans house. Devon hits a Rock Bottom on Kazarian and tosses Daniels out. Devon hits a spear on Kaz and a spinebuster on Daniels. Kaz uses the belt behind the ref’s back and Daniels gets the pin.

-video of Sting and Brooke’s meeting from last week

Sting calls out Aces & 8’s and says he has given Brooke the night off.

Robbie E. and Robbie T. are in the ring, there is a table set-up. Robbie E. says he knows nobody thinks he’s going to win the BFG Series but he has 5 points, bro. He says he will win another 20 this Sunday, bro. He says he will do it by putting Jeff Hardy through a table. He shows footage from 3 weeks ago where he beat Hardy. Hardy’s music hits.

Samoa Joe grabs a headset and, with intensity, basically says nobody is going to stop him from winning the BFG Series.

Claire is at ringside again (why?) and cheers AJ as he makes his way to the ring.

Angle gets drilled with a dropkick and goes outside. AJ slingshots over the top with a crossbody.

Kurt powers AJ into the corner and hits a belly-to-belly as Claire looks-on. Angle applies a headlock. AJ fights out but Angle hits a Tilt-A-Whirl backbreaker and back to the headlock. Both men connect with simultaneous clotheslines. AJ gets the offense on the way up off the mat. Angle rebounds and hits a trifecta of Germans.

AJ goes up top but Angle brings him down with a belly-to-belly but AJ kicks out. Angle misses with a moonsault off the ropes in the corner. AJ goes up top for a 450 but Angle gets his knees up and hits the Angle Slam.

Claire congratulates AJ on his way up the ramp and touches his arm but he keeps walking and we get a close-up of her confused face.

Aces & 8’s are playing cards. They rundown who all has received the dead man’s hand from them. They say the next target is close and we will all find out who the next victim is.

Storm and Anderson accuse each other backstage of being behind it all.

Aries is on the phone backstage talking about Roode threatening not to sign the contract.

They go right at it before the bell rings. Kim drops Tessmacher’s throat across the top rope. Gail drops her across her knee and gets 2. Gail steps on Tessmacher’s stomach. Tessmacher mounts a comeback but is shutdown.

Tessmacher hits a flurry and a clothesline off the corner. She does a Stinkface. Tessmacher brings Gail off the top and hits a facebuster for the win.

Earl Hebner raises Tessmacher’s arm for what seems to be a long time and they talk. Madison Rayne’s music hits and she comes down and plants one on Hebner and he falls out.

-Aries and Roode make their way to the Impact Zone.

Aries displays his title and takes a seat. Roode refuses to sit down and Sting asks him what is up with his attitude. Roode asks if Sting’s stupid. He says the contract is his problem. He says the contract states that if he loses to Aries then he doesn’t get a rematch as long as Aries is champ. Roode says Sting has it out for him. Roode says if the language doesn’t change, there will be no main event this Sunday.

Aries tells him to stop whining. He says he’s worried about a rematch clause because he knows Aries has his number. Aries says they don’t need a contract, they can make a verbal agreement. He proposes that if Roode beats him then he will also forfeit his rematch clause. Sting tells them to shake on it. Each man shakes hands with Sting.

Roode takes off his coat and starts throwing things and Aries comically mocks his temper and shadows him. Roode offers his hand and Aries shakes it. Aries raises the belt CM Punk-style and Roode throws water in his face and runs away. Aries turns the table over but Sting holds him back.

-Storm and Bully make their way to the Impact Zone.

-Miss Tessmacher will face Madison Rayne for the Knockouts Title

Both men look behind them for Aces & 8’s. Storm hits clotheslines but is unable to take Bully off his feet. Bully hits a big boot and knocks Storm down then tosses him out.

Storm avoids an elbowdrop on the mat. Bully Ray catches him with a boot to the gut and applies a leg lock. Storm reverses it and Bully reaches the ropes. Bully hits a clothesline for 2. Bully hits punches to the head. Storm mounts a comeback with a series of rights and a neckbreaker. Back bodydrop by Storm. Bully launches Storm onto the apron but gets a kick to the back of the head. Bully hits a Rock Bottom for 2.

Bully grabs his chain in anticipation of Aces & 8’s. He asks Storm where they are. He says send for them.

Aces & 8’s appear on the screen and they tell Bully he will see more of them at the PPV.

What are your thoughts on tonight’s show? Sound off below.