Most of last night's MSG show was about the same as the previous night in Detroit. Dean Ambrose, Seth Rollins and Roman Reigns defeated The Miz, Kane and Daniel Bryan in their MSG debut.

The Ryback vs. Paul Heyman NYC Street Fight barely happened as The Shield jumped Ryback as he made his entrance. This brought out Miz, Kane and Bryan for a brawl. Ryback ended up hitting Shell Shocked on Heyman for the win. Ryback returned to the ring and speared Heyman through a table in the corner to end it.

"@RealBillyGunn and I just ignited a fire under NYC! It felt so good just to feel the electricity generated by Madison Square Garden! #OUDK It felt equally as good in The Garden to experience this! Awesome feeling at this stage of our career! #glorytoGod" 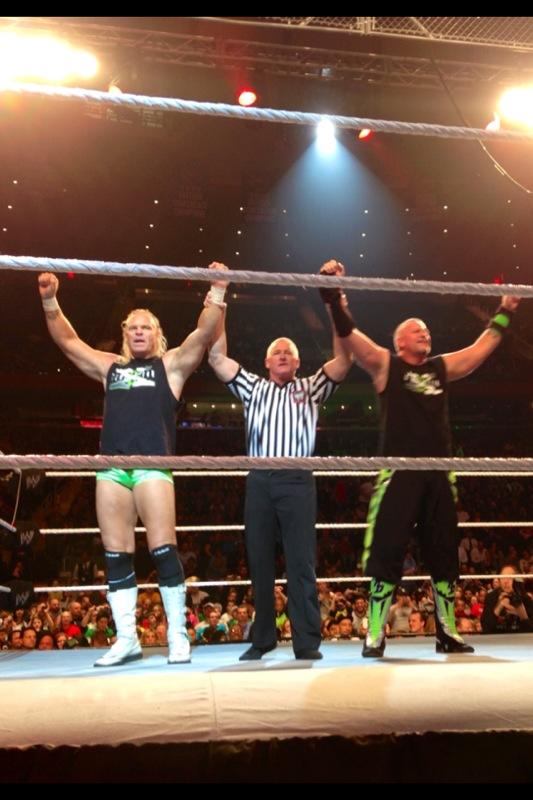