Chris Benoit’s son David is reportedly training to become a professional wrestler. He’s just now started lifting weights but word is that he’s done some working out with David Hart Smith, son of the late British Bulldog. Here is a photo: 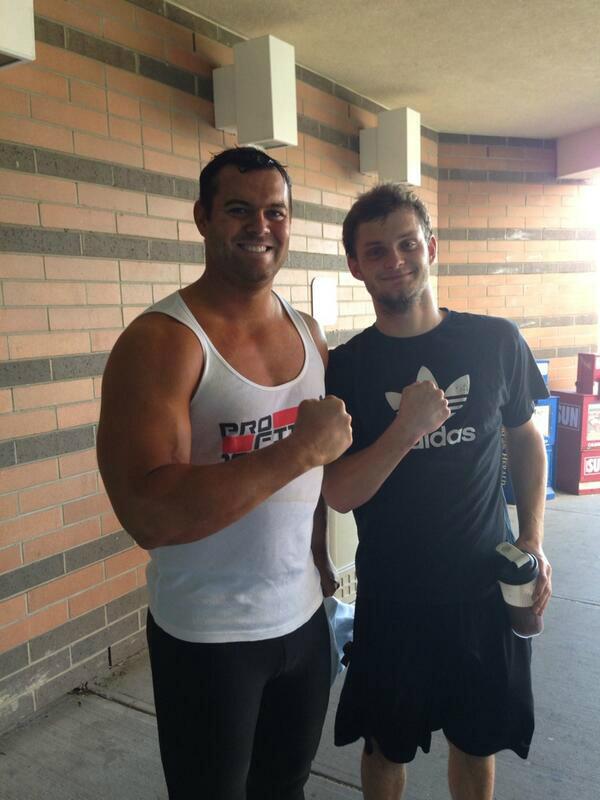 Apparently Benoit has also kept in touch with Chris Jericho. Jericho noted in his most recent book that David called him up after the murders and asked if he would still be able to attend wrestling events. Here is a photo of David at a SmackDown event, presumably from this year, and at a Fozzy concert with Jericho before Jericho’s most recent departure: