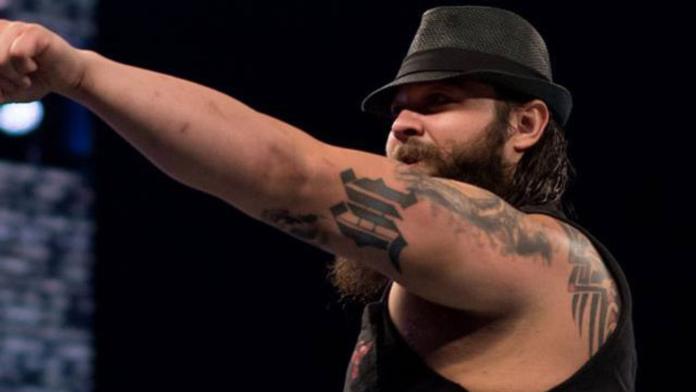 As noted earlier, Bray Wyatt appeared to have injured himself at Saturday night’s WWE live event in Providence, Rhode Island. Bray chased Darren Young outside of the ring but went down hard, leading to a quick match finish and the dreaded “X” symbol by the referee. The Wyatt Family ended up defeating Young, Titus O’Neil and R-Truth.

In an update, several fans in attendance have noted that Wyatt appeared to legitimately hurt his left leg. He may have ran into the barricade or tripped over part of the railing. Another fan noted he injured himself jumping off the apron and fell into part of the railing.

Wyatt was limping around badly before being helped to the back by Erick Rowan and Luke Harper.