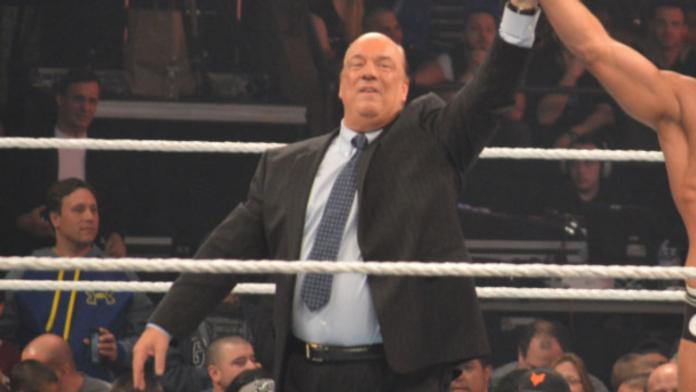 – On Monday’s Raw, it was teased that Paul Heyman wanted to marry Ryback after being “saved” by the former Skip Sheffield at Night of Champions. Instead, Heyman proposed that he become the latest “Paul Heyman Guy.” Vince McMahon was behind a shock tactic taking place on the program, as he made it clear to members of the writing staff that they feature “a spectacle” to lure viewers of ESPN’s Monday Night Football away during halftime. An unnamed creative writer then pitched the idea of teasing Heyman asking Ryback his hand in marriage.

– On the heels of Monday’s debut of Los Matadores, the official website of WWE has published a photo gallery highlighting the numerous masked individuals in the history of professional wrestling. A wide range of masked wrestlers are showcased, including Rey Mysterio, Mr. America, Sin Cara, Aldo Montoya, Blitzkrieg, Golga, The Midnight Rider, and Konnan as Max Moon.

– On Monday’s edition of TMZ on TV, wrestling fanatic Ryan Satin donned an “Employ Joey Ryan 2013” T-Shirt. This led to a debate over who is a bigger celebrity, Paris Hilton or Hulk Hogan.