- You can check out the latest WWE In 5 in the video above.

- SkyBet has their betting lines for tonight's Survivor Series pay-per-view at this link. Randy Orton, The Shield & The Real Americans, Big E Langston and John Cena are big favorites for tonight's event. CM Punk & Daniel Bryan, the Total Divas team and The Miz are also favored in their respective matches.

- WWE posted this photo of Kane giving a tour of the TD Garden to a "Stars 4 Sandy" winner, which includes a look at the set for tonight's event:

- Stephanie McMahon also tweeted this photo of the stage:

Anxious to kick off #SurvivorSeries!!! pic.twitter.com/uLdhMSyBNT

- WrestlingINC.com reader John Calitri sent us this photo from inside the arena: 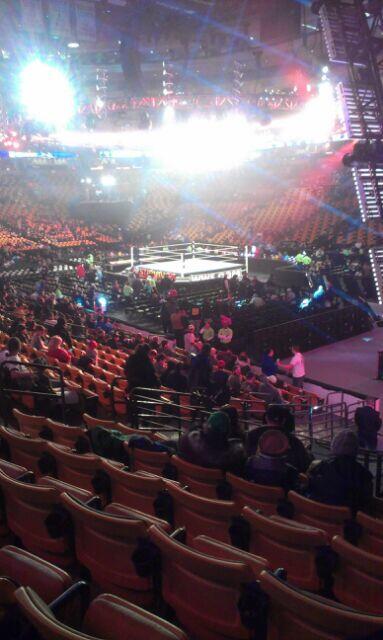 - Josh Mathews posted this Tout from the arena with the Hall of Fame panel for tonight's show: