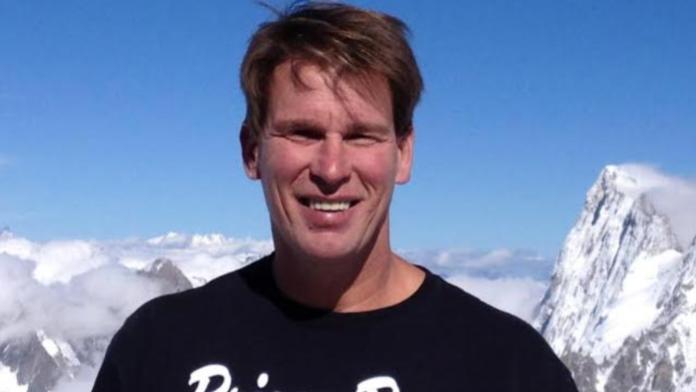 This week’s episode of NXT opens with Byron Saxton, Alex Riley and William Regal on commentary.

Bo Dallas comes down to the ring. He puts on a party hat and takes up a mic. He says that there is no place like home and for the past month, he has been on a world tour. Everywhere he’s gone, everyone loves Bo. The crowd chants No! Bo says that he brought a slideshow. He then plays a bunch of Photoshopped slides on the TitanTron and says a bunch of puns. The crowd chants We Want Sami! He says that they gave him cookies in Transylvania and that since all the people in the crowd are his friends, they’re all getting cookies. Ring crew people start tossing cookies into the crowd.

Then, JBL’s music hits and he comes down to the ring. They shake hands and JBL says that on behalf of the company, they are proud of Bo. Just like Randy Orton is the face of the WWE, he is the face of NXT. Sami Zayn’s music hits and he comes out. The crowd chants Ole! Bo asks if Sami came to get a cookie. Sami says no, but that it’s nice to see him and JBL. JBL says that there is reason he suspended Sami. JBL is angry that Sami came down to the ring and interrupted Bo’s homecoming party. He asks if Zayn learned respect.

Zayn says that he didn’t mean any disrespect, but he just wants to be reinstated so that he can take the title from the delusional cheese ball. JBL calls Zayn Ricky Bobby and says that he could suspend Zayn indefinitely for insulting the champ. The crowd starts chanting cheese ball and JBL says he is going to suspend the whole WWE Universe if they don’t shut up. JBL says he always does what’s best for business and reinstates Zayn.

Dallas says he wants to congratulate Zayn, but that they already fought. He says it seems like Zayn is a sore loser. Zayn says that he has no problem working from the bottom up, but that the next time they face he is going to take the title. JBL says that the best part of being in the era of the wrestling God is opportunity. He is going to have a beat the clock challenge to determine a new number one contender. JBL says that he is in it and that he will be wrestling tonight. Zayn says welcome home, Bo and then leaves the ring.

They circle each other and lock up. Rusev takes Cassady to the corner. He strikes Cassady across the ring and then kicks him in the stomach in another corner. Rusev hits a big headbutt. Cassady fights back with strikes. Rusev hits a body block. He grabs Cassady by the hair and then hits a headbutt. He strikes Cassady in the shoulder and then drops three headbutts. Rusev goes up top for a diving headbutt, but Cassady moves. Cassady hits several head strikes. Cassady goes for a body slam, but Rusev stops him. Cassady hits a running high knee to the head.

Cassady drops an elbow. He goes for a corner splash, but Rusev moves. He then tosses Cassady into another corner and then hits a running hip attack. Rusev locks in the Camel Clutch. Cassady gets out and grabs the ropes. Rusev pulls him to the center of the ring and goes for a pin. He drives his shoulder into Cassady’s gut in the corner. Rusev picks Cassady up, takes him to the ropes and knees him repeatedly in the gut. He tosses Cassady behind him to the side. He clubs Cassady in the back and then headbutts the back of his head. Rusev locks in the Camel Clutch and Cassidy taps.

Then, a new backstage interviewer named Devin Taylor is shown with Adrian Neville. She asks about his match last week with Corey Graves. Neville says that they take risk every time they get into the ring. It’s not ballet. Graves tried to end Neville’s career, but he can’t think about that right now. He needs to think about the Beat the Clock Challenge. He talks about how he is going to win his match tonight.

Back from commercial and Bayley is backstage with Taylor. Taylor asks about what happened last week. Bayley says she doesn’t know why Charlotte betrayed her. They were best friends. Taylor asks if Bayley has talked to Charlotte yet. Taylor says no, but she will work up the nerves to confront her next week. She then says that if Charlotte is watching, the next time she sees her these bad boys will do the talking, in reference to her fists. Taylor thanks her for her time and starts to walk away and Bayley asks if she wants to do the robot with her.

Breeze immediately goes for a pin attempt. He strikes Ohno and goes for several more pin attempts. Breeze kicks him in the corner. He then slams Ohno’s head into another corner and goes for a Suplex. Ohno counters into an inside cradle. Ohno gets a backslide pin attempt. He hits Breeze with a big chop. Ohno gets whipped to the apron. Breeze charges. Ohno tries to kick him, but Breeze catches his foot and kicks him in the head. Ohno falls outside. Breeze follows and sends Ohno back inside for a two count. He drives his boot into Ohno’s throat in the corner.

Camacho and one of the jobbers start off. Hunico kicks him in the stomach. He clubs the jobber in the back, tags in Hunico and hits a Samoan Drop. Hunico goes up top and hits his high angle senton bomb for the win.

Taylor meets Hunico and Camacho on the ramp and asks how it feels to be back. Hunico calls out the Ascension.

Then, another new backstage interviewer named Dan Devone is shown with Kassius Ohno. He congratulates him on his win over Breeze. Ohno says that the win meant a lot to him because he has been in a slump lately. Lana walks up and says that Ohno made a big mistake when he beat Rusev’s time. Ohno starts talking in a Russian accent and tells her to tell Boris that he is no joke, and when he becomes NXT Champion Rusev can have first shot.

The two circle each other. They tie up and English backs him to the corner. Neville gets a quick roll up attempt. He chops English. English hits a chest strike in the corner and a snap mare. He picks up Neville for a body slam, but Neville leaps out. He trips English and gets a pin attempt. English tries to trip Neville. Neville flips out of the way and dropkicks English. English comes back with a vertical Suplex. He drops an elbow on the back of Neville’s head. English kicks Neville in the corner. He then hits Neville with a body slam and lands a standing leg drop.

English gets a two count. He kicks Neville in the back of the head and goes for another cover. Neville battles back with body strikes. English locks in Neville’s head and takes him to the mat. He punches Neville in the head and gets a two count. Neville comes back by slamming English back first into the mat. He kicks English in the legs and hits a pair of clotheslines. Neville hits a dropkick to the head. He body slams English and goes up top. English rolls away. Neville follows and English hits an uppercut. English sets Neville up top for a superplex. Neville hits him off and lands the corkscrew shooting star press with three seconds remaining for the win.

Back from commercial and The Ascension accepts Hunico and Camacho’s challenge. O’Brian says they will rip them apart limb by limb.

Bo Dallas comes out on the ramp with a chair to watch the match. Kruger hits a knee to the gut and a club to the back. Zayn bounds off the ropes and hits a crossbody for a one count. Kruger goes for an arm drag, but Zayn counters into a backslide pin attempt. Zayn gets another pin attempt. Kruger knocks Zayn down with a chest hit. He body slams Zayn and then hits a snap Suplex. Kruger keeps the attack up. He slams Zayn’s head into the turnbuckle and whips him into another corner.

Kruger charges. Zayn put an elbow up. He goes up top. Kruger charges again. Zayn puts his boot up. He leaps off and hits a crossbody on Kruger for a two count. Kruger comes back quickly with an uppercut. He drops an elbow on Zayn. Zayn kicks out of several pin attempts. He locks in Zayn’s head from the front. Zayn battles to his feet. Kruger knees him in the gut. Zayn comes back with clotheslines. He hits Kruger with a dropkick. Zayn goes for his corner running boot, but Kruger moves.

Kruger hits a big spine buster for a two count. He takes Zayn’s head off with a big clothesline for another two count. Zayn counters into a pin attempt and gets the three count right as the time expires.

JBL comes out and says it’s not the era of Dusty Rhodes. They don’t have controversy. He says that since it ended in a tie, next week Sami Zayn will face Adrian Neville to determine the number one contender, and then the week after that Dallas will defend his title.