- Philly.com has an interview with The Miz, who was promoting this Sunday's WWE live event in Philadelphia. During the interview, Miz was asked about WWE releasing eleven talents last week.

"That's the nature of business," he said. "In any business, people get fired and people get hired, so you just got to take it with a grain of salt and know that they're talented enough as individuals that they'll be able to do whatever they pursue after the WWE.

"Everyone would be doing it if it wasn't tough, so absolutely it's tough, but it's something you have to do deal with and you have to go through and you just keep trucking along," he added. "I know those people that got released aren't going to tell me, 'Well, you should come with me.' They're going to be like, 'Dude, go steal the show, go be as amazing as possible and I'm going to go do my thing and be as amazing as possible.' I think that's the mentality."

- WWE Chief Strategy & Financial Officer, George A. Barrios, will participate in a "fireside chat" at the Bernstein Future of Media Summit this Thursday in Boston, MA. Mr. Barrios will speak at approximately 1:15 p.m. ET.

- PlayOn, the media server software that streams online videos to TVs and mobile devices, today announced the addition of the WWE channel to the PlayOn lineup. The channel lets WWE subscribers stream shows from their PC to their TV.

- As noted earlier, John Cena paid a visit yesterday to a Northern Kentucky woman named Brittany Depew who is battling acute lymphoblastic leukemia for a third time. ABC 7 in Denver has an article about the meeting here. In addition to the photos on Depew's Facebook page, here are a couple of photos sent to us (thanks to Aaron): 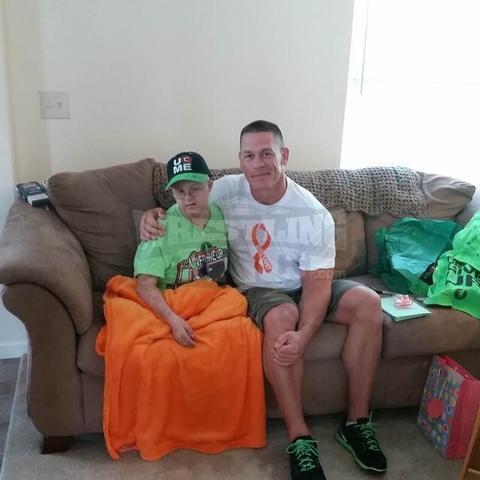 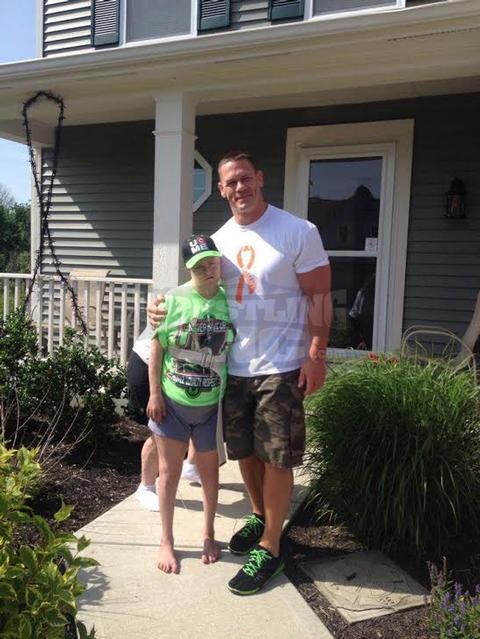 Aaron contributed to this article.