According to lucha website SuperLuchas.net and various fans on Twitter, at the conclusion of Sunday's Triplemania XXII pay-per-view event in Mexico City, Mexico, a video was shown of Rey Mysterio donning a sombrero, congratulating AAA on twenty-two years and telling the fans that he would see them soon. A message was then shown saying "#FreeRey". 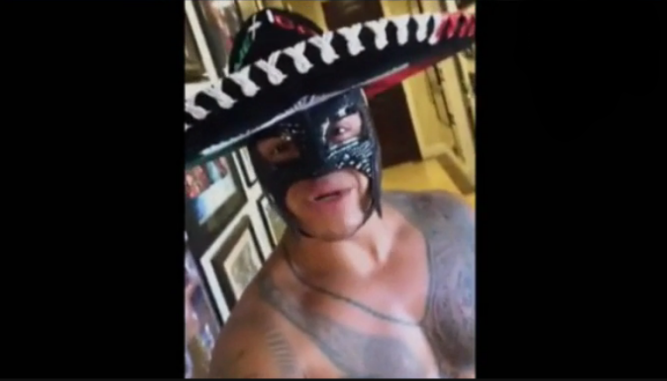 Mysterio has been looking to leave WWE for quite some time. When his WWE contract was set to expire in late April, Vince McMahon blindsided Mysterio by opting to renew it for an extra year, which he believed he could do due to a provision in standard WWE performer contracts that they could be frozen in the event of an injury. The WWE head's reasoning was that Mysterio owed the company time due to the nineteen months he had spent on the sidelines recovering from two serious knee injuries in the past three years.

Wrestling Observer editor Dave Meltzer reported last month that Mysterio has stopped cashing any of the checks WWE has sent him, which is often a prelude to legal action being taken to get out of the contract.