- For those wondering, the cinder blocks used in the angle with Dean Ambrose on Monday's WWE RAW were made out of styrofoam. Ambrose apparently did an angle with real cinder blocks during his indie days.

- Ric Flair and Hulk Hogan tweeted the following about kicking off Monday's RAW with Shawn Michaels:

Flair: "I'm kicking off #Raw on Monday night at 8pm! Brock is a beast, but @JohnCena is MY MAN. We're talking REMATCH."

Hogan: "You can't bring legends together w/o me brother.Got some stuff to say about MY champ @JohnCena, see you Hulkamaniacs at #Raw on Monday HH"

- Courtesy of Amazon.com, below is the 2014 WWE SummerSlam DVD cover with Triple H, Stephanie McMahon, The Bella Twins, Paul Heyman and Brock Lesnar: 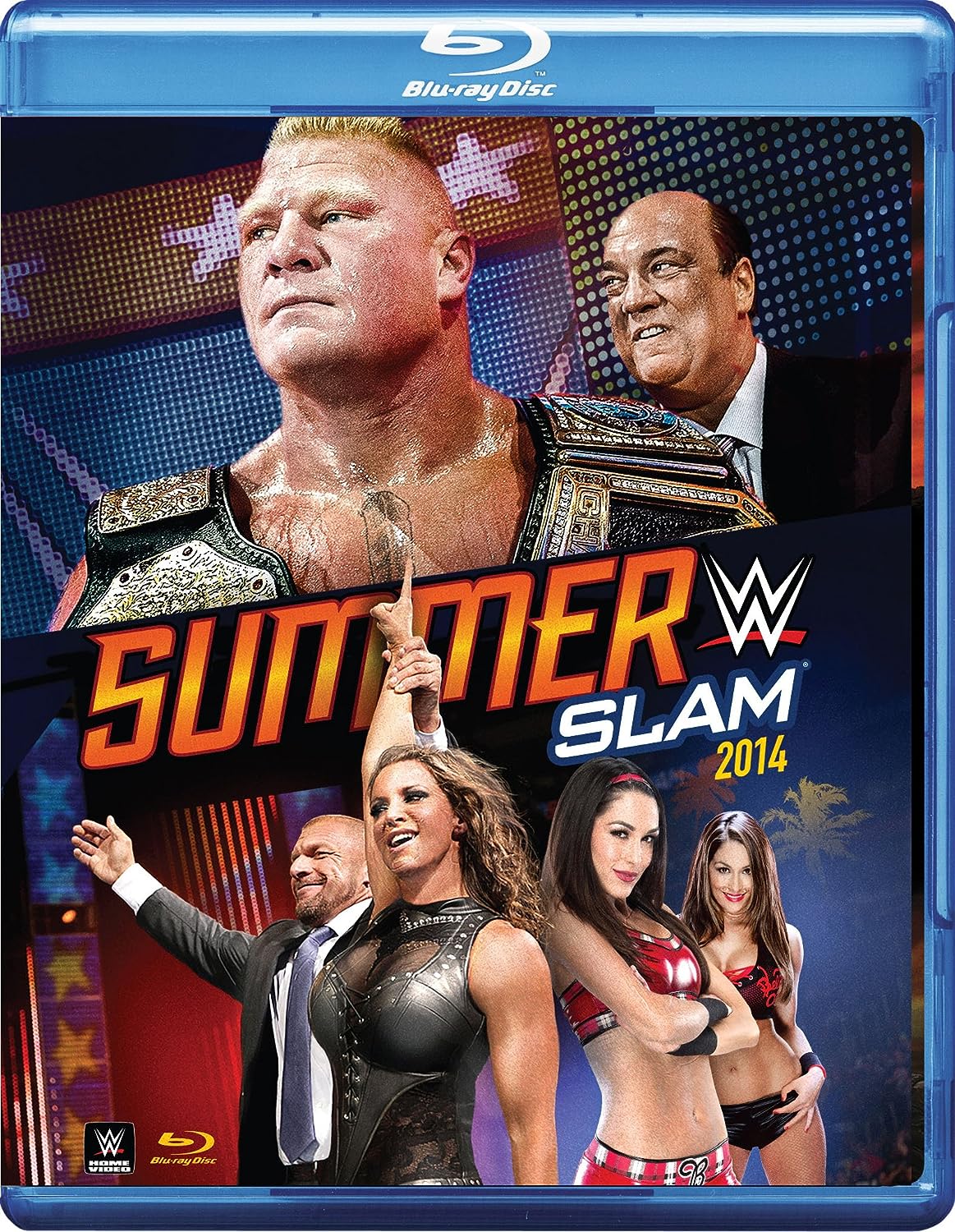