- In the above video, former head WWE trainer Dr. Tom Prichard remembers Steve Austin as a rookie in Dallas, Texas.

"You could tell there was something special about him, no doubt, but nobody, and I don't think anybody in professional wrestling could tell that Steve Austin was going to become the mega-superstar that he did," said Prichard.

- TNA recently launched a banner ad campaign with Google Ads to promote the 2015 TNA Knockouts Premium Calendar on ShopTNA.com and an ad featuring a bikini-clad Velvet Sky has been showing up on WWE.com. 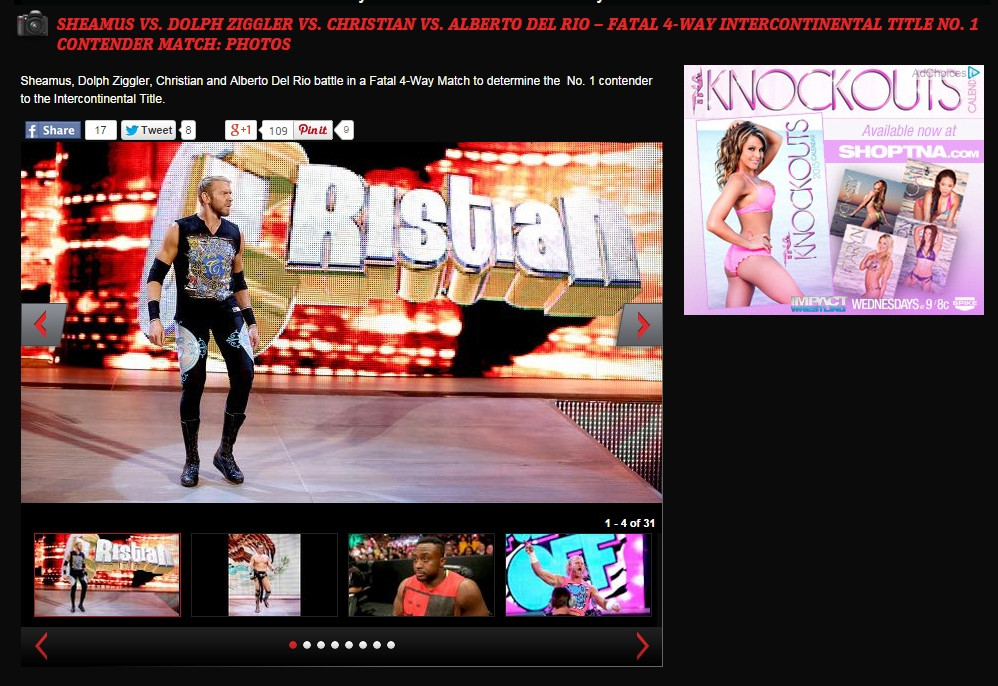