– As of last week, WWE was going with the idea that they will have a guest General Manager on RAW for a few more weeks. No word yet on how much longer the guest SmackDown General Manager storyline will continue.

– WWE is giving away 5 Slammy Award Swag Bags with the grand prize winner receiving an official replica Slammy Award statue. Fans can enter the contest at this link.

– The foreword for Booker T’s “My Rise to Wrestling Royalty” book was written by JBL. The book comes out on March 17th and the autographed first edition can be ordered for $25 at this link. Below is the cover: 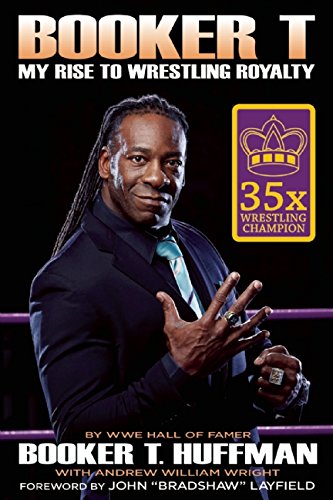 – Zeb Colter said he had surgery yesterday due to injuries he suffered from the Rusev attack on Monday’s RAW. As noted, this is likely a storyline injury. Zeb tweeted: