El Rey has officially announced the first four television taping events for the upcoming second season of Lucha Underground, which will return to the network in January 2016. The tapings will take place in Los Angeles from November 14-15 and November 21-22.

Four episodes of television will be taped at each event, which is listed as a four-hour show (probably closer to five) which should take the promotion through early April. To reserve your spots and for more information, you can email [email protected] 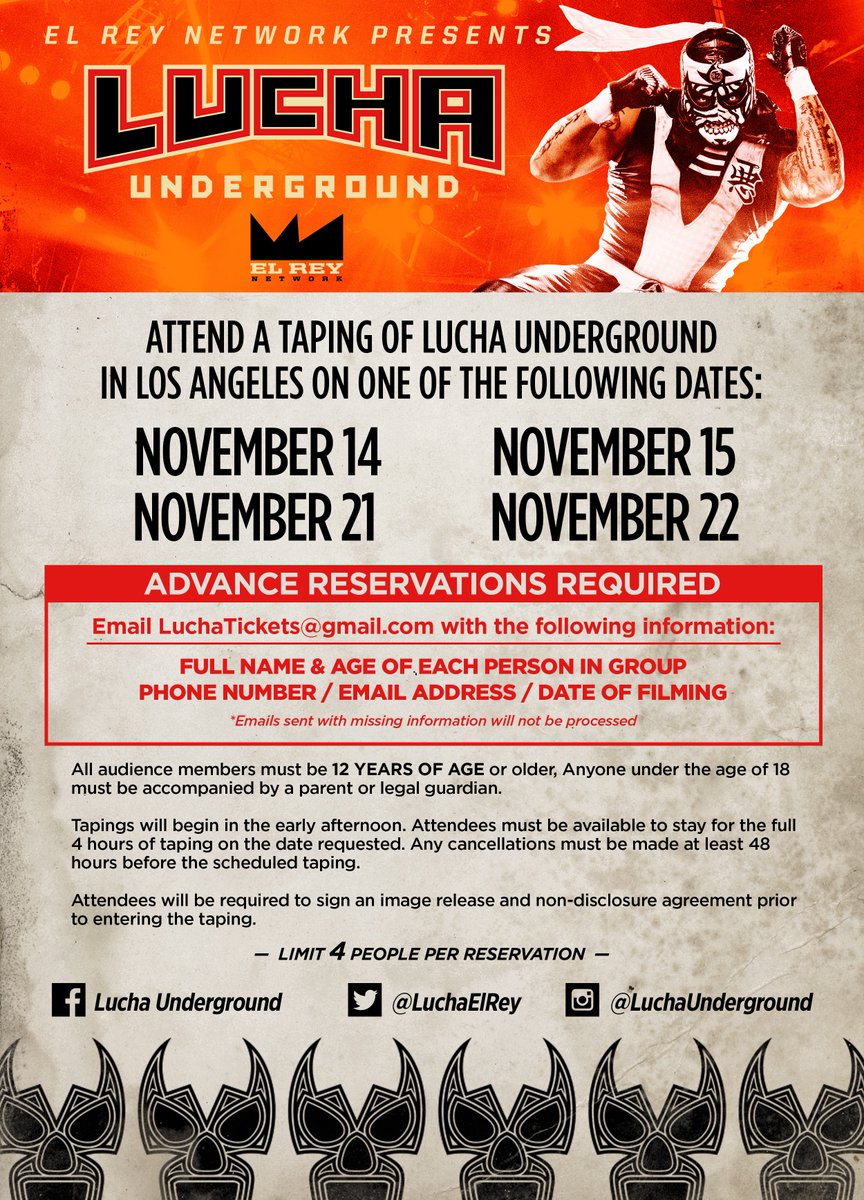 Previous Article
Tough Enough Contestant Gabi Responds To Claim That WWE Won't Sign Her Due To 'Troubling' Past
Next Article
WWE Confirms Rusev's Injury, Provides Timetable For His Return