A well-paced opener perfect for getting MSG all hot and bothered. The formula was pretty simple here: put Ziggler in front of the Garden, have Rusev dominate him to draw heat, let the crowd chant "you look stupid" at Sheamus a few times, and have Orton put the finishes touches on a simple, well-worked match that came and went, and did exactly what it needed to.

The post-match scuffle between Sheamus and Rusev was interesting. I'm not sure it accomplished anything, but heels being multi-dimensional enough to attack other heels without the obligatory babyface turn might be a step in the right direction. Maybe?

Does anyone else think The Viper has hit that late-game Shawn Michaels-esque point in his career where he's basically a matured, fine wine? Just watching him stand on the apron, working up the crowd, interacting with Sheamus; everything he does is intentional and perfect. Watch him adjust his footing while his opponent is in mid-dash - it's a work of art.

These two work so smooth together, it reminds me of some of the better Smackdown-era cruiserweight matches from back in the day. They're not quite at WCW levels of high flying supremacy, but they're quite good together. Which reminds me, if they want to take this cosmic struggle into a traditional Survivor Series match, Neville should totally bring in Shane "Hurricane" Helms as part of his super hero team.

I enjoyed this match, although the crowd was predictably quiet at times. Cody has perfected every movement, gesture and expression of his Stardust character, which has become increasingly fun to watch. Neville is infinitely impressive but I'd like to see him take his own "character" to the next level to make this more interesting going forward.

I was really excited about the Paige heel turn as a part of the ongoing Divas Revolution, but man did they blow it with her this weekend. Would it kill them to let a women play the villain role and NOT be the weak, delusional "how dare they do the thing I just did last week" character? To quote The Who, "meet the new boss, same as the old boss."

There's just no consistency in the writing room with these girls. Paige showed strength a week ago by turning on her teammates because they ultimately didn't bring her to where she wanted to be - Divas Champion. She shouldn't have been partnered with them at all at MSG, glorified live event or not. I thought maybe somebody was watching New Japan and they'd go the Naito route; let her sit on the apron and act totally apathetic until either walking away, or stealing the victory and taking credit for everything. THAT would have been strong booking. Instead we got Paige having yet another "breakdown" - boy am I not excited to watch that one play out.

The match was pretty alright, but it's not what anybody is remembering. I was a little surprised at how decent Alicia Fox looked at times.

The "we want Sasha" chants should not be ignored.

For what could have been a Canadian wet dream, this one really felt like it was just going through the motions. Things picked up nearing the end and I liked the vintage eye-poke-into-a-roll-up finish - especially in an old school building like MSG - but the match felt incredibly flat. That's the house show vibe; Jericho never really had a chance, so the drama just isn't there. These two could probably have a five-star program if Y2J stuck around, but as a one-off Network special I was very excited to see what they'd come up with, and very disappointed by the lackluster end result.

I get that this was basically a house show they decided to broadcast for an easy buck, but after the last two disappointments I was really hoping for something a little less... house showey.

Don't get me wrong, New Day is absolutely on-point. All the praise I had for Cody Rhodes earlier, embracing his Stardust character and milking every gesture and motion out of it, is true of Kingston, Woods and E, only amplified because there's three of them all crushing it at the same time. I just wish this match reflected how entertaining their program with the Dudleyz has been (at least to me). Instead the most decorated team in wrestling history just looked like a couple of washed-up has-beens inside the ring, that got their obligatory cheap pop with the table, after the heels did their obligatory DQ shenanigans.

Maybe I'm belaboring the point a bit, I just kind of wish WWE spent a bit more time and care on putting this show together, especially if you're going to go through the process of putting it on the Network and having Brock Lesnar featured.

The first three minutes of this match were absolutely awesome. Big Show looked more powerful and more giant-like than he has in many, many years which meant Lesnar fighting back to topple the mountain made him look all the more dominant. I could have watched another 15-20 minutes of these two mammoths taking each other to the absolute limit. In fact that would have made Brock look even better heading into Hell with Undertaker.

And...then it ended. Maybe they couldn't convince Brock to wrestle a 20-minute match, or maybe WWE just decided the short squash was a better idea. If you couldn't tell, OBLIGATORY is the word of the night here.

A lot of people seemed to be into this, and that's cool, but I again felt disappointed. I feel like there's a better way to handle talent; I wanted more from Big Show, and Lesnar's win to be more than another notch in the proverbial belt.

I feel like I've said this a dozen times by this point, but Cena and Rollins work so well together I may never get tired of watching their matches. They started slow, as Cena matches tend to go, but worked up to the usual fever pitch with a handful of new spots and big moments that made me temporarily suspend disbelief in that yes, this was a live event, and no, Cena wasn't going to drop the title here.

And yes, the Kane interference was obvious and everyone saw it coming, but it really only would have been a problem if the match sucked. I had no issues with the (say it with me) OBLIGATORY Demon Kane distraction, and thought they finished it well with that breathtaking leap-of-faith from Rollins, and a final AA from the US champ. Seriously, how is Seth not dead yet?

Thank you sir, may I have another?

I went into WWE at MSG with a positive vibe and I really didn't want to spend an entire review complaining, but there just wasn't a whole lot on this card to get excited about.

A lot of that is my own mismanaged expectations. This wasn't an "official" PPV or even a show that really mattered in the grand scheme. It was head-to-head with a UFC PPV, which should have been my first clue. I mean, "WWE Live" is in the freaking title, for crying out loud.

But the WWE Network really changes things. There are "official" PPVs anymore, because they're all Network specials, aren't they? There's really no difference between Hell in a Cell and WWE at MSG, except that the writers will (hopefully) spend more time putting Hell in a Cell together.

Outside of the predictably excellent main event, the highlights for me were really the first two matches, and then everything kind of fell into your typical house show flow. The drama with Paige in the six-Diva match was just unforgivable in my eyes. I hope they rebound on RAW but they've already kind of lost me on it, to be honest.

In the end I understand why I was disappointed, and perhaps others had a better experience because they had lower expectations knowing what this show was going to be. But I just wanted a little more from...well, basically everything. 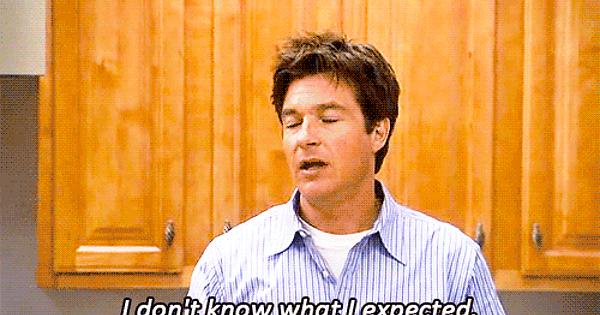