REMEMBER THE WORD “TRUTH”? APPARENTLY WHEN ITS SPOKEN TODAY, SOMEONE WILL ALWAYS BE “OFFENDED”. GET OVER IT HATERS. @WWE @VivaDelRio

SORRY UK I USED YOU TO EXPLAIN “HATERS” TO THE @WWE UNIVERSE BUT YOUR MODEL WAS PERFECT FOR ANALOGY. STOP THE HATE. #MexAmerica

Del Rio responded to their “haters” and tweeted this photo of two young men. 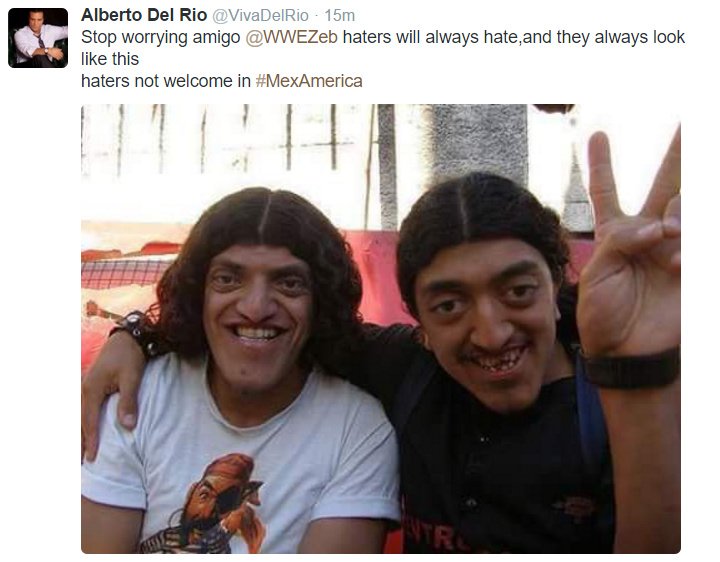 His tweet touched a nerve with some fans, with some calling for his job. The post has since been deleted.

– SmackDown ring announcer Eden has posted a blog on her visit to Leeds, England during WWE’s European tour.

After he was done performing, the WWE Hall of Famer’s theme song played with Miller drinking beer and giving a Stone Cold Stunner to his hype man. He then said, “And that’s the bottom line, ’cause Stone Cold said so!”