- Coming out of today's WWE SmackDown tapings in England, here are the brackets for the tournament to crown a new WWE World Heavyweight Champion at Survivor Series. As noted, second round matches will begin on Monday's RAW from Greenville, South Carolina. 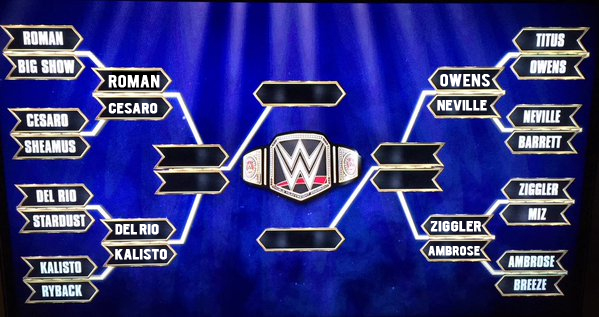