- Stardust tweeted the following teaser for the return of Cody Rhodes tonight:

You guys want Cody back ? ?

the ONLY way Stardust would ever go away...is if YOU KNOW WHO wrestled me...and WON 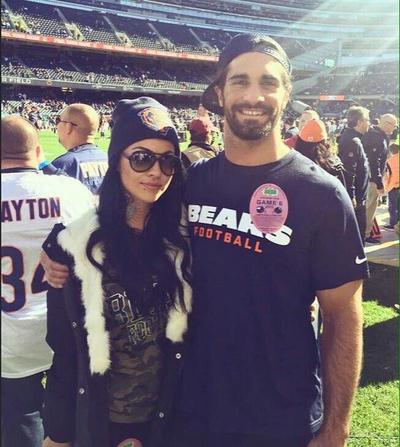 - Summer Rae posted the following today and thanked James Madison Middle School in Los Angeles for having her and other WWE Superstars for an anti-bullying rally last week:

Being able to talk to students through WWE's 'Be A Star' program is very special to me. Speaking to students about the importance of showing tolerance & respect to their classmates is a step in the right direction to stopping bullying in our schools! We must treat everyone as equals regardless of their age, race, sexual orientation, or religion. Thank You James Madison Middle School for having us! #antibullying #wwe #community

Previous Article
Road Warrior Animal Reveals Why WWE Made LOD Carry A Puppet, Why They Left The WWE, More
Next Article
TNA Returning To New York City In 2016?