- The Washington Post's film critic Kristen Paige-Kirby has given a positive review to John Cena for his role in the new "Sisters" movie. She said Cena proved his "comedic chops" in the movie and wrote:

"In "Trainwreck," Cena's effectiveness largely came from the fact that he was playing against type  big guys aren't supposed to love independent film and cry easily. In "Sisters," in which Cena plays a drug dealer named Pazuzu, his intimidating look makes more sense, so he can't rely on visual incongruity to bring the funny. Cena still gets the laughs, though, because he has the rare ability to say ridiculous things with utter sincerity. That's not something that comes easily, and it takes an immense amount of smarts to pull off.

Cena's comedic gifts  like those of Dwayne Johnson and Channing Tatum, who are also in that very-low-body-fat boat  prove that to build your muscles you don't have to shrink your brain."

- The USO (United Service Organizations) chapter in Washington, DC has awarded WWE and Stephanie McMahon with their first-ever Golden Boot Award. WWE has worked with the USO, which supports active duty service members and their families, for a while now and host several campaigns with them each year. Stephanie tweeted this photo:

Thank you @USOMetroDC for the 1st ever "Golden Boot" Award! I'm happy it's the whole boot and not just the heel! pic.twitter.com/BY9OaRzT8b

- Roman Reigns, Sheamus, Alberto Del Rio and Rusev are featured on the cover of the 2015 WWE TLC DVD, which comes out on January 12th in North America. This is a DVD-only title in North America and Australia, but will also be released on Blu-ray in the UK. Courtesy of WrestlingDVDNetwork.com, below is the artwork: 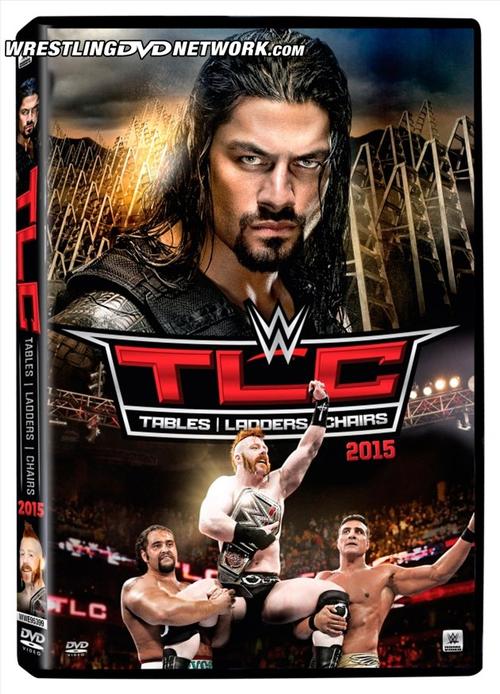