– As noted, “The Edge and Christian Show That Totally Reeks Of Awesomeness” will premiere on the WWE Network after next Sunday’s Fastlane pay-per-view goes off the air. The official synopsis reads like this:

“Edge and Christian take a look back at some very memorable ‘FIRSTS!’ in WWE History.”

– Chyna is making good with Maryland Championship Wrestling this weekend after no-showing an event back in late 2015. She has flown into Baltimore and will be appearing at tonight’s MCW Anniversary show in Joppa, MD. Chyna will also be appearing for a pre-show meet & greet.

– Becky Lynch was in attendance for last night’s Pro Wrestling Guerrilla event in Reseda, California, as seen below: 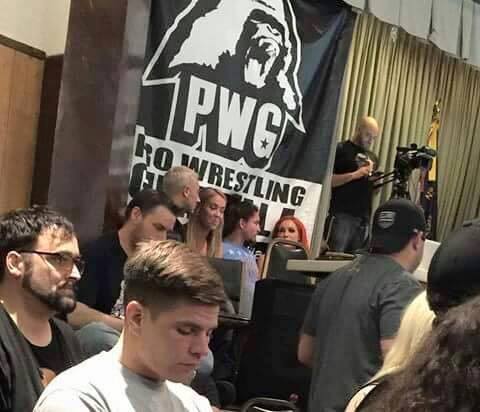 Previous
Who Might Be Inducting The Fabulous Freebirds Into The WWE Hall Of Fame This Year?
Next
Former ROH Tag Team Champion Talks About Meeting Lemmy, ROH Giving Him Freedom, Heavy Metal