– This WWE Total Divas season finale preview for Tuesday features Rosa Mendes before going to the hospital to have her baby.

– Courtesy of WrestlingDVDNetwork.com, below is the cover art for the WWE WrestleMania 32 DVD and Blu-ray. The set comes out on May 10th in North America, June 6th in Europe and May 18th in Australia. All three Kickoff pre-show matches will be featured as DVD Extras while the “Fighting for a Legacy” video will be a Blu-ray Exclusive. The set includes the WrestleMania 32 card with Fifth Harmony’s performance and the 2016 WWE Hall of Fame ceremony with all inductees. 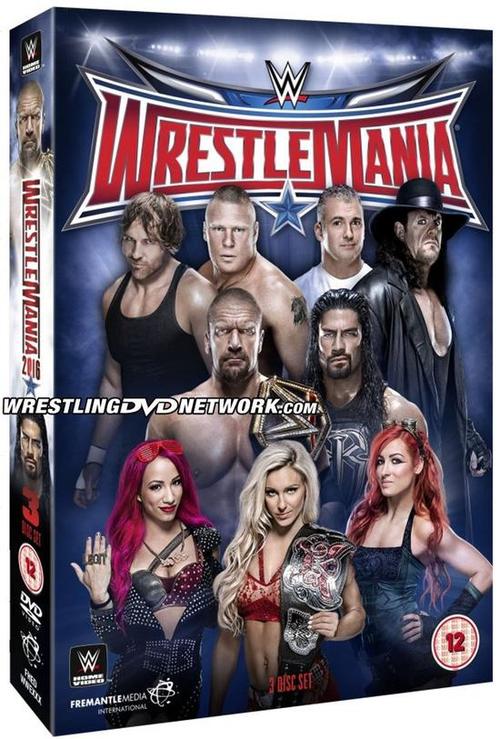 Previous
Lana On If She’s Interested In The WWE Women's Title, Her Debut At WrestleMania 32, Training
Next
Big Show And Shaquille O’Neal Continue To Hype A Potential WrestleMania 33 Match (Videos)