- Above is a "Superstar Ink" extra with Kevin Owens talking to Corey Graves about the time he was trolled by a schoolyard full of John Cena fans.

- Joey Styles will be going live for a Q&A on WWE's Facebook at 4:30pm on Tuesday.

I've been asked to do a Facebook Live Q&A tomorrow at 4:30ET/1:30PT at https://t.co/j52hD24iI2.
Reply with questions using #AskJoeyStyles

- We noted earlier via PWInsider that Simon Gotch was given time off the road after losing what was said to be a one-sided fight against Sin Cara backstage at last week's live SmackDown. Gotch did not wrestle this weekend's WWE live events but as seen at the end of WWE Battleground, he was backstage as he came out with the rest of the SmackDown roster to celebrate with WWE Champion Dean Ambrose. Gotch was also sporting a shiner, as seen below: 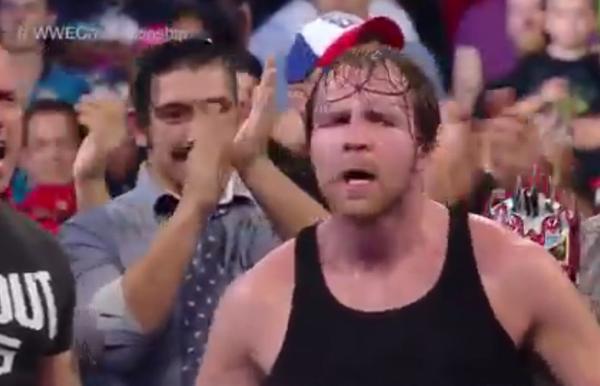