WWE sent us the following today:

The ultimate emoji keyboard including hundreds of emojis for WWE fans

New York - November, 21, 2016 - Moji (AppMoji, Inc.), the recognized worldwide leader of emojis, today released WWEmoji, which can be downloaded now for $1.99 in the iOS App Store and Google Play Store for Android, and contains hundreds of emojis encompassing all aspects of the WWE brand.

Superstars from Monday Night Raw, SmackDown Live and NXT, as well as WWE Legends, including "Macho Man" Randy Savage and Stone Cold Steve Austin, are included in the app. In addition to the large selection of emojis, animated icons depicting Superstars' signature poses or moves, such as Randy Orton's RKO, also make an appearance. The app will be continuously updated each week with new Superstars and content that mirrors current events in WWE.

Founder & CEO of Moji, Oliver Camilo said "we are so excited for WWE fans to download and use this app. A lot of time and thought went into creating a product that not only embodied the WWE brand, but was designed specifically for WWE fans to use. Although we will be frequently updating the app, users will find no shortage of emojis to use in their everyday conversations."

"WWE fans are constantly consuming content on their mobile devices, and our new WWEmoji app will provide them with new ways to connect with our brand," said Casey Collins, WWE Executive Vice President, Consumer Products. "We are excited to partner with Moji, a leader in the space, to create fun and engaging emojis that our fans can use to share with friends and express their passion for WWE and our Superstars."

Moji produces more than 20,000 of these icons across its product offerings. Beyond growing its base of celebrity/athlete partnerships, Moji plans to harness the marketing power of emojis by including major brands into peoples' everyday conversations in a meaningful and relevant way. For additional information, please visit www.mojifluence.com. 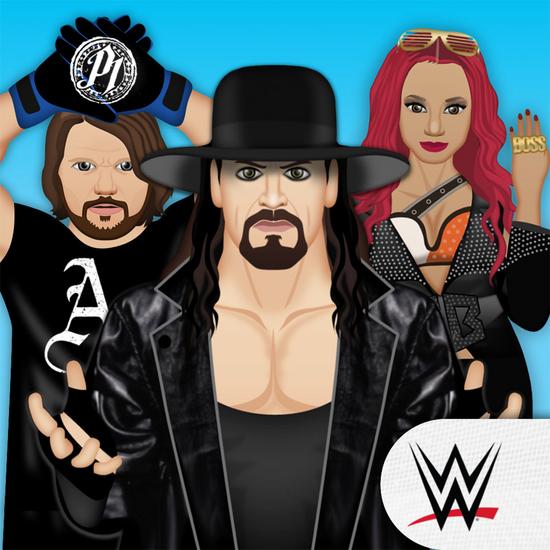