– Extra is reporting that former WWE star Ariane Andrew, f.k.a. Cameron, will be co-hosting a new television show with Leticia Castro called Two On Where. Here is the synopsis of the show from their official website:

“Two On Where” is a sexy, adrenaline-pumping, weekly, half-hour, television show that explores a new and exciting city each and every week. Our audience will get to join our two co-hosts as they dive into some pretty extreme adventures and insanely unique destinations. Such as, race car driving, skydiving, zip lining, haunted explorations, waterfall jumps, exclusive night clubs or even behind-the-scenes of famous productions. Our hosts will bring you face-to-face with each of these city’s favorite celebrities to find out what makes their city tick! By the time they are done with these cities, everyone will be seeing them in a whole new light!

There are currently no details on when the show will premiere, or how people can watch it. You can check out a promo for the show in the video above.

– WWE Champion AJ Styles will be appearing at World of Wheels in the David L. Lawrence Convention Center in Pittsburgh, PA this Friday from 6 to 9 p.m. You can get more details or purchase tickets at Autorama.com.

– As noted, Randy Orton had an altercation with a fan at a gym before this past Monday’s SmackDown live event in Jonesboro, Arkansas. Former WWE star Lance Storm sided with Orton and posted the following on his Facebook page: 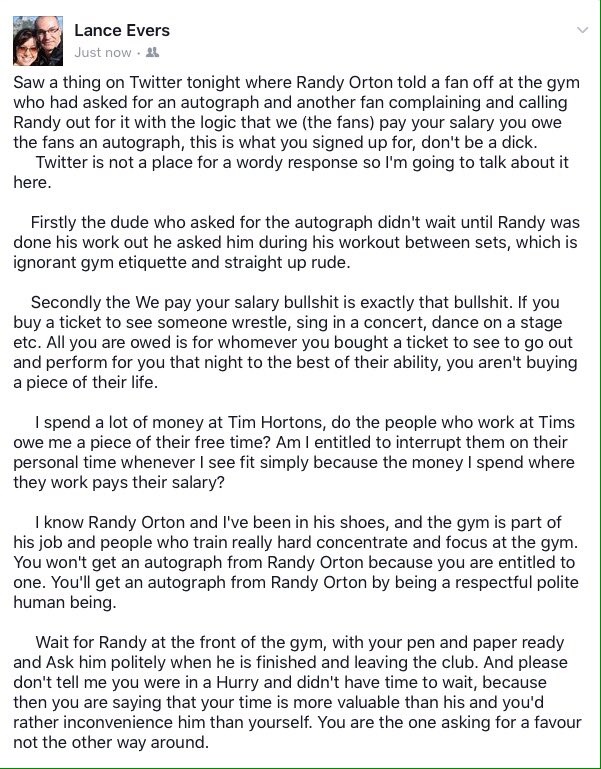