"I think if people are so enthusiastic, love sports - and those kind of events - and concerts, I don't think they should be intimidated. We just can't be intimated, you can't live your life like that."

- WWE asked fans: "Which match at WWE Extreme Rules are you most looking forward to?" As of this writing, the results are: Fatal 5-Way (62 percent), Hardy Boyz vs. Cesaro & Sheamus (20 percent), Alexa Bliss vs. Bayley (9 percent), Dean Ambrose vs. The Miz (5 percent), and Neville vs. Austin Aries (4 percent).

- Kurt Angle retweeted a photo of Taz, Perry Saturn, and himself just after the Olympics in 1996. 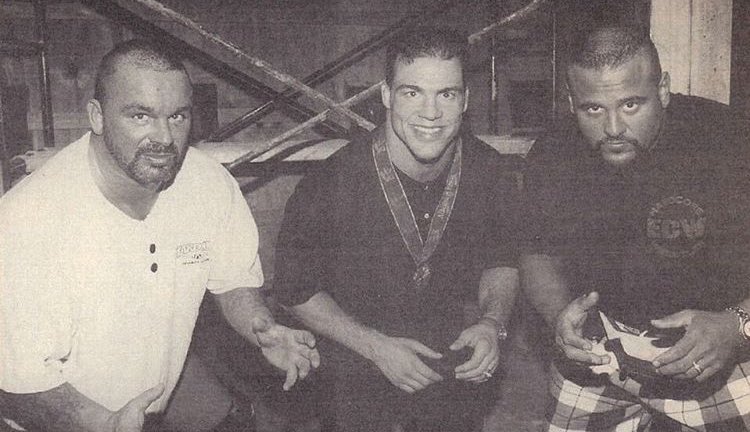 Wow! Old school photo of Taz, Perry and myself from ECW 1996. Only a few months after the Olympics. #Olympics #ECW https://t.co/p5g7s6J3b0

See Also
Kurt Angle Talks Riding With Brock Lesnar, Christian On Which RAW Star He Banned From His Car

- Speaking of Perry Saturn, he posted a video to his Facebook page yesterday. Saturn gave a quick health update and wished everyone a Happy Memorial Day. Saturn has previously stated he has CTE from numerous concussions over the years from in-ring action, late last year a GoFundMe account was setup to help with his medical costs.