WWE confirmed the title change with the following spoiler announcement and photo, but they have not confirmed when the episode it will air. We noted before that it looks like the match was taped for the December 20th episode.

The title change marks another huge victory for Undisputed ERA after they won the historic return of the WarGames Match back on Nov. 18 at TakeOver: WarGames.

Be sure to watch exactly how the NXT Tag Team Titles changed hands on an upcoming episode of NXT, airing Wednesday nights at 8/7 C on the award-winning WWE Network. 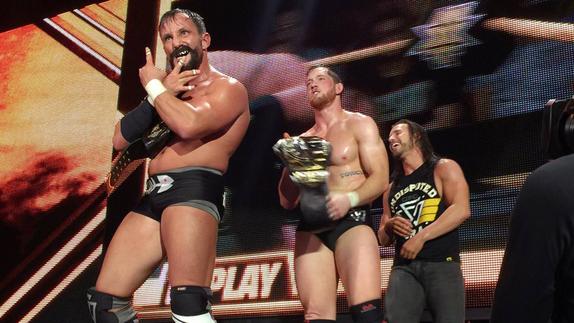