Who’s Backstage At SmackDown?, The Rock & Kevin Hart Dress Each Other As Gifts (Video), The Revival

– The LAD Bible posted this video of Jumanji co-stars The Rock and Kevin Hart dressing each other up as Christmas presents.

– Former WWE jobber Colin Delaney is backstage at tonight’s WWE SmackDown in Newark, NJ, according to PWInsider. Delaney made his long-awaited return to WWE TV on last week’s SmackDown for a squash loss to The Bludgeon Brothers but it was reported that the return was a one-time deal, at least for the time being. No word yet on if Delaney will be appearing tonight. Former TNA X Division Champion Rockstar Spud is also backstage in Newark.

– As noted, “The Revival” Scott Dawson and Dash Wilder returned to action on last night’s WWE RAW and picked up a win over Rhyno and Heath Slater. This was their first match together since Dawson suffered an injury back in August. As seen below, WWE Shop has already released new merchandise for The Top Guys. Just a reminder that through the end of the day, you can get 30% off orders and 20% off championship belts, as well as $15 flat rate 2-day shipping at WWEShop.com. There is no code needed, just use this link. 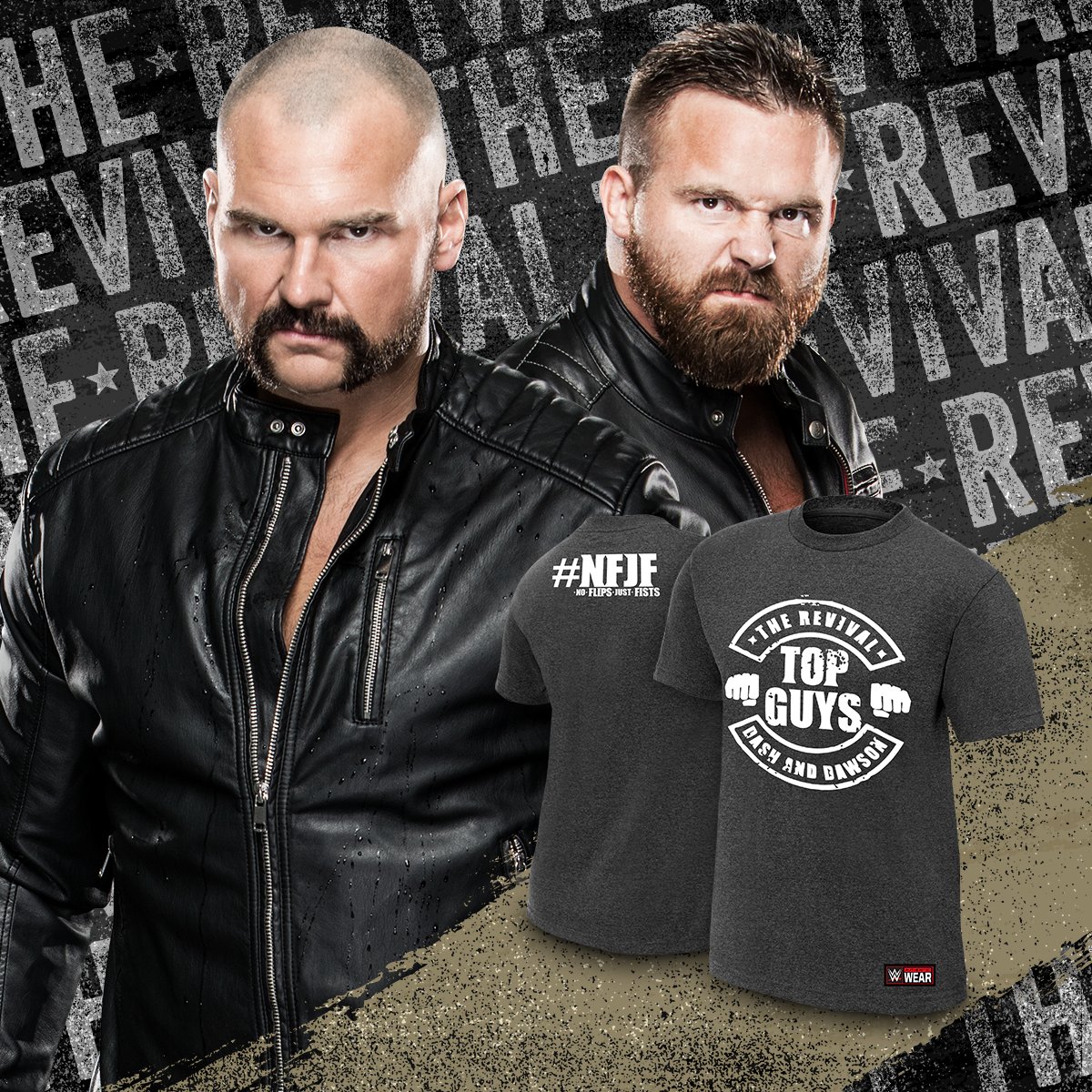