- Cathy Kelley looks at tonight's WWE RAW from Memphis in this new video. As noted, RAW will feature the return of The Miz, an appearance by WWE Universal Champion Brock Lesnar, Cedric Alexander vs. WWE Cruiserweight Champion Enzo Amore and more.

- Author Lavie Margolin has released a new book on Vince McMahon and the most famous WWE Hall of Famer, President Trump. "TrumpMania: Vince McMahon, WWE and the Making of America's 45th President" can be ordered on Amazon at this link, on paperback and Kindle. The synopsis reads like this:

"The bluster and bravado that Trump witnessed at several WrestleManias, whether from a front row seat or inside the ring, surely lent a hand to his memorable electoral debate oratories. TrumpMania is the story, on screen and off, of the mutually beneficial business and personal relationship between Donald Trump, Vince & Linda McMahon and the WWF/WWE. No matter what side of the political aisle you sit on, it would be hard to deny that Vince McMahon had some hand in the election of the 45th President of the United States, Donald J. Trump." 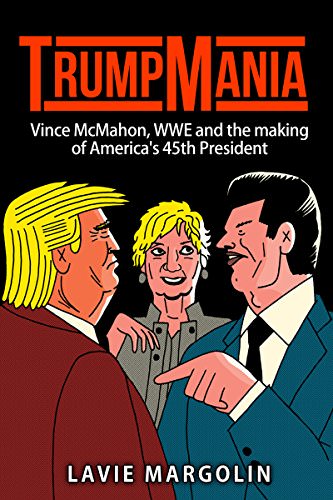 - It looks like WWE 205 Live Superstar Mustafa Ali took to Twitter to defend the brand after some of the criticism it received following the cancellation of the first scheduled 205 Live non-televised live event last week. As noted, the January 19th event scheduled for Providence, RI was canceled due to "scheduling & routing issues" but the January 20th event in Lowell, MA and the January 21st event in Poughkeepsie, NY are still happening. Ali wrote the following on 205 Live:

Some want to throw bricks and knock us, we'll just catch 'em and build our foundation.

I guarantee, we will tear the house down every night.