Paige Assaulted By A Fan After WWE Money In The Bank

SmackDown General Manager Paige took to her Instagram Story after WWE Money In the Bank in Chicago and noted that she was assaulted by a fan. She wrote the following:

"To the 'fan' that decided to pie face me through my car window and then tell me to 'lose some weight Paige'.. you inspired me to keep being myself and eat whatever the f I want. Good luck with your karma!"

Paige's car was reportedly leaving the Allstate Arena with Paige riding in the passenger seat when the incident occurred, according to PWInsider. Paige had her window down and was saying goodbye to the fans, high-fiving some, when a male fan struck her & yelled at her. The fan was confronted after the incident but not by Paige. There's no word yet on if he will be banned from future WWE events but we will keep you updated on the story. 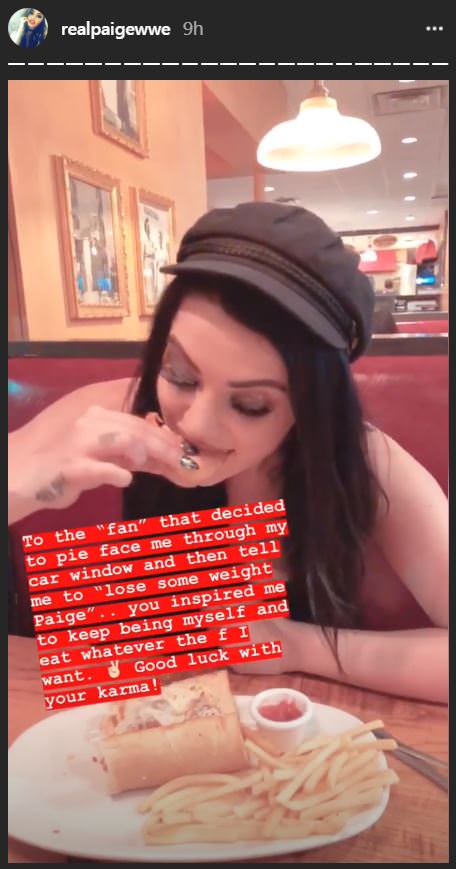