We’ve noted how there are lots of rumors on WWE signing another top indie star – current EVOLVE Champion Matt Riddle, who has a MMA record of 8 wins & 3 losses & 2 NC. It looks like one indie promotion may have spoiled his signing.

Riddle recently backed out of several indie bookings, including shows in Ireland during WWE’s SummerSlam weekend. Riddle is still booked to work EVOLVE events through August but they have a working relationship with WWE. This led to speculation on Riddle’s first appearance for the company coming during WWE NXT “Takeover: Brooklyn IV” in the form of a ringside appearance as many incoming talents have done in the past. The rumors come after renewed interest in Riddle from WWE and New Japan Pro Wrestling.

In an update, Combat Zone Wrestling has Riddle booked for a match against Johnny Silver at Saturday’s New Heights event in Voorhees, New Jersey. They previously released a graphic that said this would be one of Riddle’s final appearances before joining WWE. That graphic was taken down and replaced with a new graphic that has no mention of WWE. You can see both graphics at the end of this post.

Riddle has received recent offers from both WWE and NJPW, according to this week’s Wrestling Observer Newsletter. It’s believed that Riddle is headed to NXT, not Japan.

See Also:
Matt Riddle Talks Wrestlers In NXT That He’d Like To Face

Riddle appeared on Sean Waltman’s X-Pac12360 podcast this week and commented on his status as one of the hottest free agents in the business.

“I am in a really good position right now. I work with Evolve on a regular basis and they have a great relationship with WWE and other companies as well. Zack Saber Jr. worked with us, New Japan… I’ve been fortunate enough to travel the world and wrestle guys from New Japan, Ring of Honor, especially Progress and still wrestling WWE guys. I’m in a really good spot,” Riddle said “The last couple of years you (Waltman) helped me out a lot too, but you know how granted they took issues with my past. I was kinda stuck, but from what I’ve gathered, what I’ve heard from everybody, is at the point where they all want me and they’re all willing to work with me. I think they’re all big fans of Matt Riddle. And I think it’s my time to make the right decision, do it and let’s see what happens.” 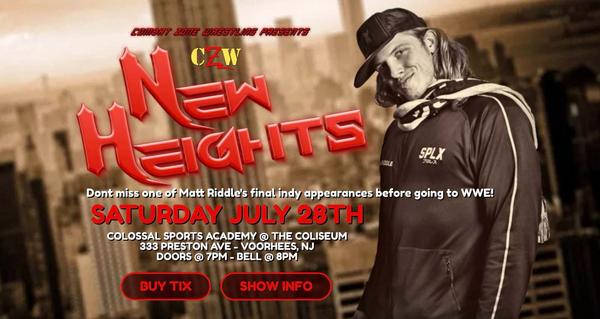 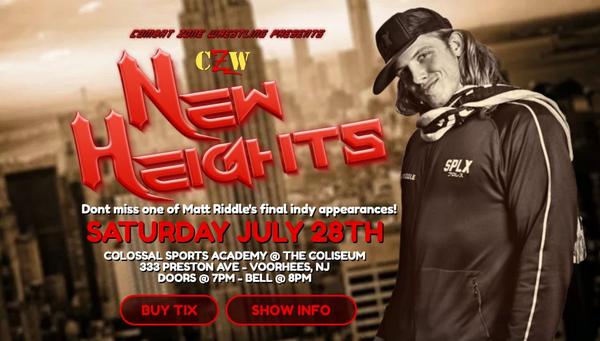 Previous
How Much The WWE May Have Made For The Greatest Royal Rumble Event In Saudi Arabia
Next
Jim Ross On If Asuka Can Recover From Recent Losses, Problems With Carmella’s Character