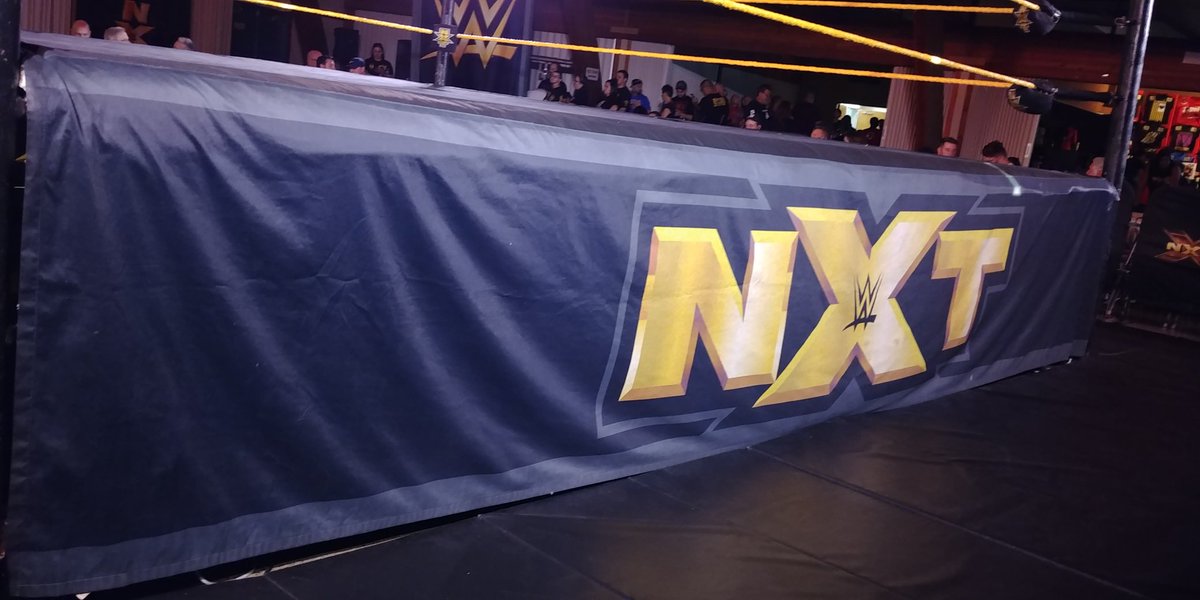 Thanks to @ryanisdabest100 and Benny Lucas for the following WWE NXT TV spoilers from tonight's tapings in San Jose, California:

* Danny Burch and Oney Lorcan defeated The Mighty. The losers attacked the winners after the match, upset with losing via roll-up. The Mighty destroyed Burch and Lorcan, then left them laid out

* Mia Yim defeated Vanessa Borne. Yim won with Eat Defeat in a decent back and forth match

* Lars Sullivan defeated Keith Lee. Lots of rest-holds early on in this match but the last minute or two was fun. Lars won with an impressive Freak Accident. After the match, Kona Reeves came out and talked about how disappointing Keith is, and how he disappointed his friends and family. Reeves said he doesn't see what's so limitless about Lee. He said everyone should be loving Kona, not Keith. Reeves said he will become NXT Champion in 2019. He tried to attack Lee but Lee left him laying

* The War Raiders defeated NXT Tag Team Champions Kyle O'Reilly and Roderick Strong by DQ after Bobby Fish hit the ring with a steel chair and nailed Hanson, right as The War Raiders were about to win the match. The Undisputed Era retains the titles. Adam Cole was also at ringside. After the match, NXT North American Champion Ricochet ran out to make the save for Hanson and Rowe. Ricochet did a crazy springboard dive over the top rope

* The Velveteen Dream defeated Johnny Gargano in an amazing match, using a big elbow drop. This went at least 20 minutes. Dream did a dramatic celebration after the match, blowing kisses to the crowd (even kisses at Dave Meltzer) and giving thanks, yelling about how he loves everyone. Benny sent word that Gargano plays the dark heel but he still received about a 50/50 pop tonight, but Dream was over in a massive way and the people really want him to win the title on Saturday

* Jessamyn Duke and Marina Shafir defeated Dakota Kai and Kairi Sane. NXT Women's Champion Shayna Baszler was at ringside. The finish was sort of sloppy and shady with interference. Ryan sent word that Shafir and Duke are very green, and didn't perform a lot of wrestling moves. Ryan also noted that the crowd wasn't really into the match. Shayna, Duke and Shafir attacked Sane after the match but it backfired when Shayna accidentally hit Duke. Sane and Kai took advantage and fought off the Horsewomen

* NXT Champion Tommaso Ciampa retained over Aleister Black in the main event. This was another really good match. Johnny Gargano ran out through the crowd to attack Black while the referee was occupied by Ciampa and The Velveteen Dream, who also had come out. Ciampa returned to the ring and hit Project Ciampa to get the pin on Black. Dream attacked Ciampa after the match for a loud pop. They fought and Dream got the upperhand. Dream took the NXT Title and raised it, standing over Ciampa with it in the air. Great ending to a fun show from bell to bell, reports Benny. "I can't stress how over Dream was tonight," he wrote.

Note: some of these matches will not air on TV. Stay tuned for confirmation on which are to air at a later date