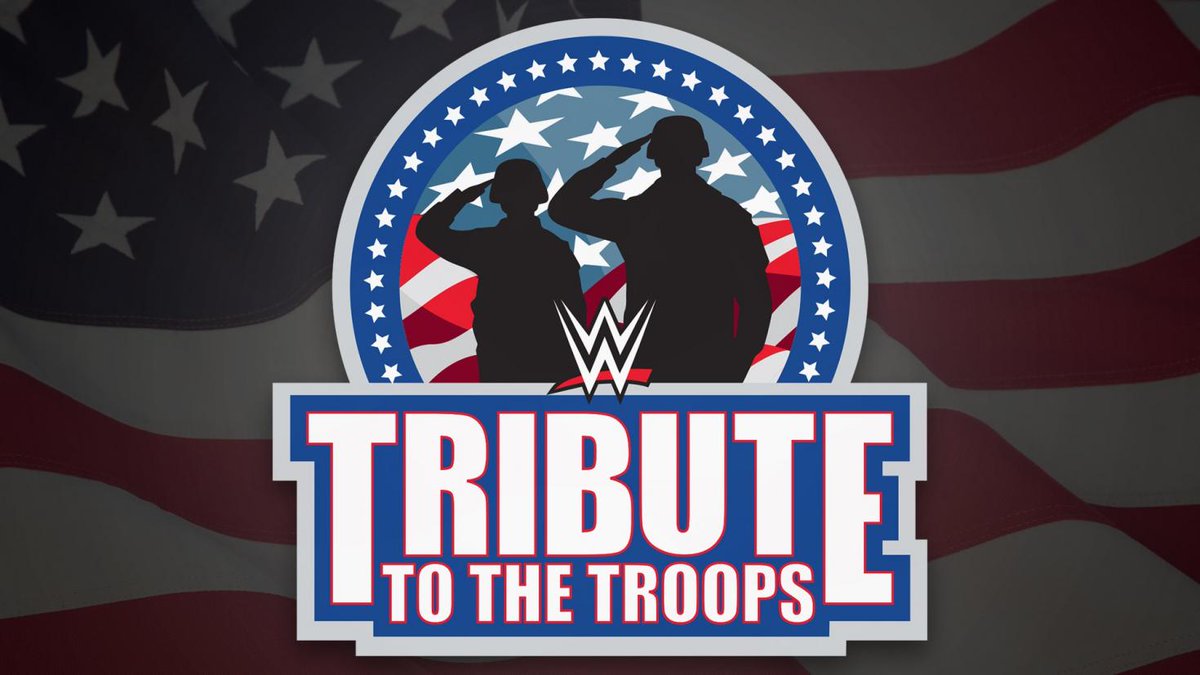 Today's tapings for the 16th annual WWE Tribute to the Troops special featured a big interbrand tag team match as the main event.

As noted, other matches taped at Fort Hood today were Nia Jax and Tamina Snuka vs. Natalya and RAW Women's Champion Ronda Rousey plus Mandy Rose and Sonya Deville vs. Charlotte Flair and SmackDown Women's Champion Becky Lynch. We know that The Riott Squad and some of the WWE 205 Live Superstars appeared on the tapings but we're still waiting on confirmation for other in-ring happenings.

The matches took place inside of Hangar 7007 with troops surrounding the ring.

There's no word yet on what will make it to the TTTT broadcast but Jon Stewart will appear and country music artist Morgan Wallen will perform. The special will air on Thursday, December 20 at 8pm ET on the USA Network.

Below are several photos & videos from the various TTTT events on base at Fort Hood in Texas today:

#WWE Tribute to the Troops going on NOW at #FortHood #Texas pic.twitter.com/6urGStApvR

A giant THANK YOU to the #WWE for entertaining #FortHood in their Tribute to the Troops! See how this ends for #RondaRousey, Dec 28 on USA! pic.twitter.com/xlhS0nuPVp

Jon Stewart stopped by #FortHood to share a laugh with #Soldiers courtesy of the #USO. Thanks, Jon! pic.twitter.com/d6pjSyaBFE

WWE is proud to present the 16th annual Tribute to the #Troops from Fort Hood!