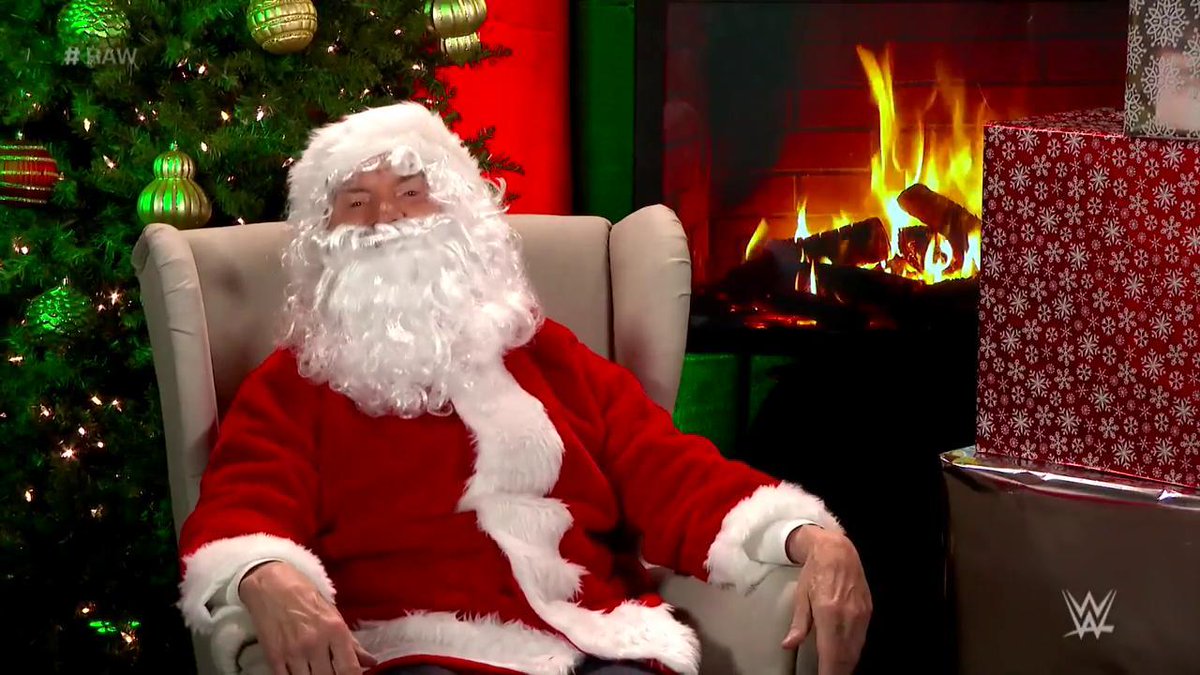 Vince revealed that John Cena will be returning to WWE TV soon, and he will be working both brands - RAW and SmackDown. We've noted how Cena is returning to the ring at this week's RAW and SmackDown live events, but Cena previously stated that this return would not include any TV appearances. Cena is currently scheduled for the January 7 RAW in Orlando, which could be his first TV appearance.

Vince also confirmed that new WWE Women's Tag Team Titles will be coming to the main roster in 2019. No other details were provided but we will keep you updated. The new women's tag team straps have been rumored for several months.

Finally, Vince announced a big Steel Cage match for next Monday's New Year's Eve edition of RAW - Dolph Ziggler vs. Drew McIntyre. Next week's RAW will be on Friday at the Little Caesars Arena in Detroit.

Below are a few shots from tonight's segment with Vince:

.@VinceMcMahon has a few #Christmas presents for the @WWEUniverse...

@KOllomani contributed to this article.