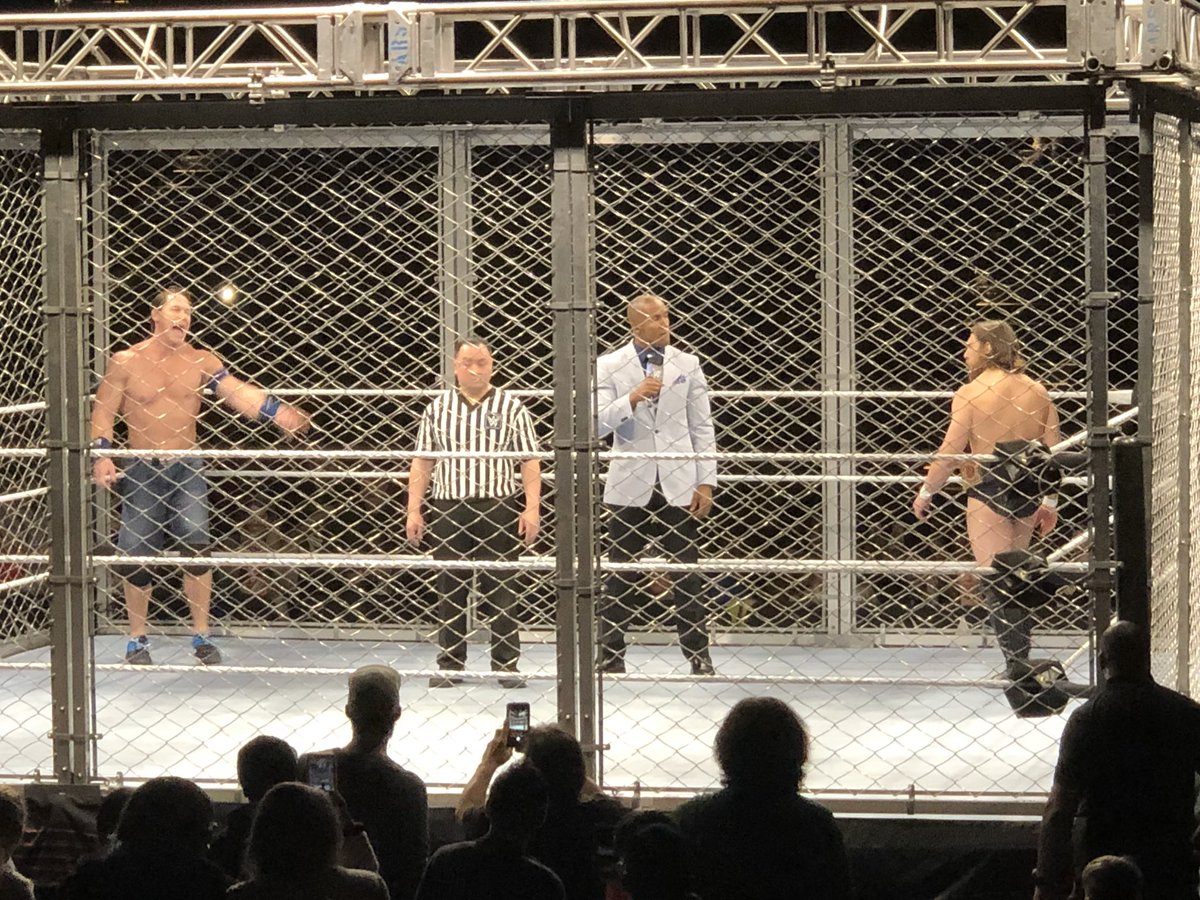 Thanks to Bert Champion for the following WWE live event results from Friday's show in Baltimore, Maryland:

Fun show with what felt like a 50/50 split on kids and adults. One or two of these may be out of order a little bit and I blame it on the beer vouchers we had. Biggest pops went to Becky Lynch, Rusev, Asuka, John Cena, Rey Mysterio, Mustafa Ali, Jeff Hardy, and biggest heat went to Daniel Bryan but just his promo, The IIconics, The Miz and Samoa Joe.

* Miz TV turned into The Miz vs. Mustafa Ali after Ali interrupted and issued a challenge. Ali won the match by pinfall after hitting the 054

* Luke Gallows, Karl Anderson and Shelton Benjamin defeated Aiden English and The Colons. SAnitY came out after the match and issued a challenge

* Rey Mysterio defeated Randy Orton in a short match. Rey won with 619 and a splash

* WWE Champion Daniel Bryan retained over John Cena in a Steel Cage match. Bryan's pre-match promo on being The Planet's Champion and fighting for the planet got some heat. Cena got a good pop. Bryan hit Cena in the head with the WWE Title belt and then escaped the cage to win. After the match, Bryan came back to attack but Cena hit the Attitude Adjustment. Cena had a few words for the crowd and said he's back

* Lana and Naomi defeated Mandy Rose and Sonya Deville when Naomi pinned Mandy. The IIconics were the special guest ring announcers and got some heat for running their mouths during the entrances. They later tried to interfere and accidentally got Speared off the apron by Sonya

* WWE United States Champion Rusev retained over Shinsuke Nakamura. Rusev ducked a Kinshasa and hit a Machka Kick to win. Not much interest from the fans here

* SmackDown Women's Champion Asuka retained over Becky Lynch and Charlotte Flair in a Triple Threat. Flair tapped out to the Asuka Lock for the finish