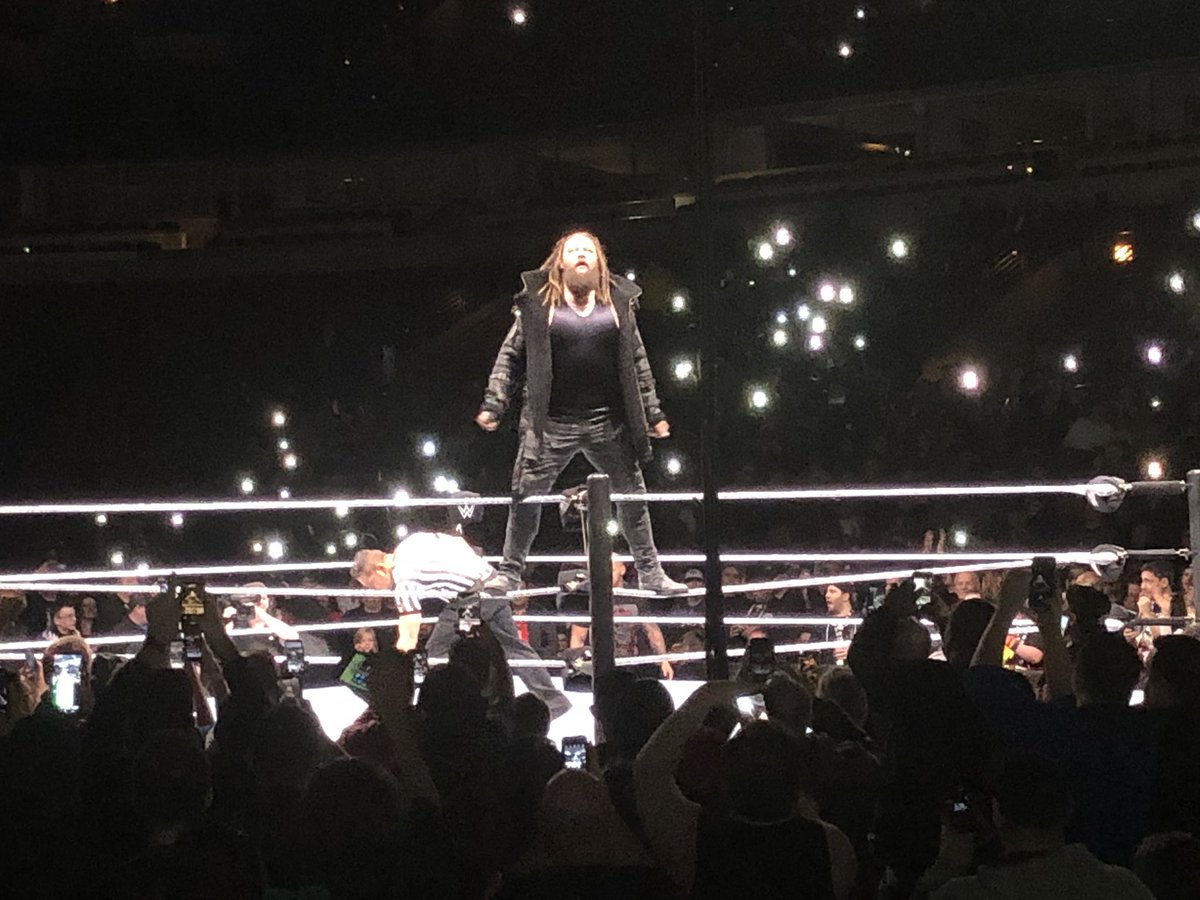 Thanks to Perron Phelps for the following WWE live event results from Saturday's show in Chicago, Illinois:

* Bray Wyatt defeated Baron Corbin in a No DQ match. Huge pop for Wyatt. Corbin tried to leave at the end of the match but some of the midcard babyfaces stopped him and sent him back to the ring. Wyatt won with Sister Abigail

* WWE Intercontinental Champion Dean Ambrose retained over Seth Rollins in a Steel Cage match. Ambrose with a decent heel promo on Chicago before the match, mentioning the crime rate. Baron Corbin interfered at one point but Rollins gave him a Stomp. Rollins superkicked Ambrose out of the cage, which gave Ambrose the win. After the match, Rollins gave a great babyface speech to Chicago and that was it for the show