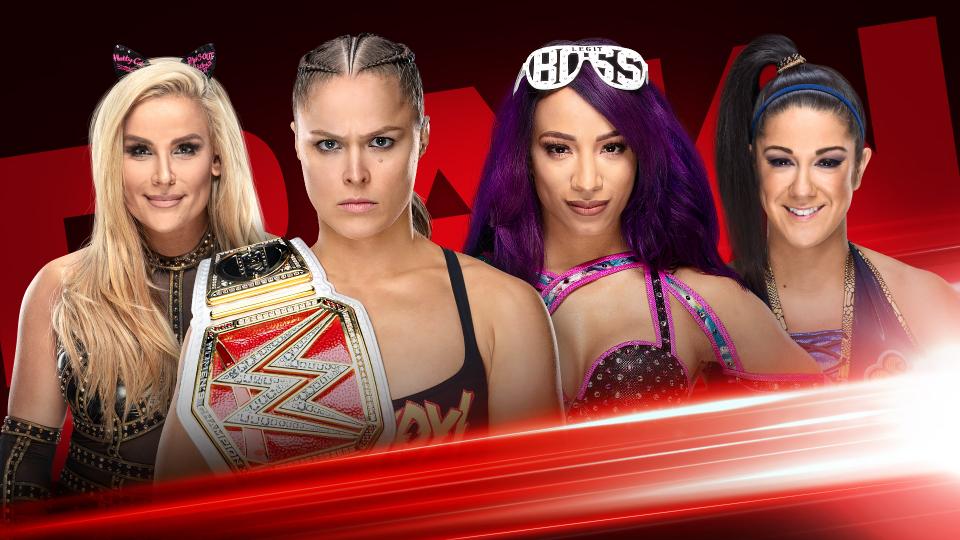 WWE has announced Sasha Banks and Bayley vs. RAW Women's Champion Ronda Rousey and Natalya for tonight's show. They are also teasing appearances by the new call-ups but nothing has been confirmed. WWE Universal Champion Brock Lesnar is scheduled to appear tonight to promote his Rumble match with Finn Balor.

* Finn Bálor believes he can slay The Beast

* What's next for Braun Strowman?

* The Bobby Lashley era has begun

Stick with us throughout the day for updates on tonight's shows and join us for live coverage at 8pm ET.