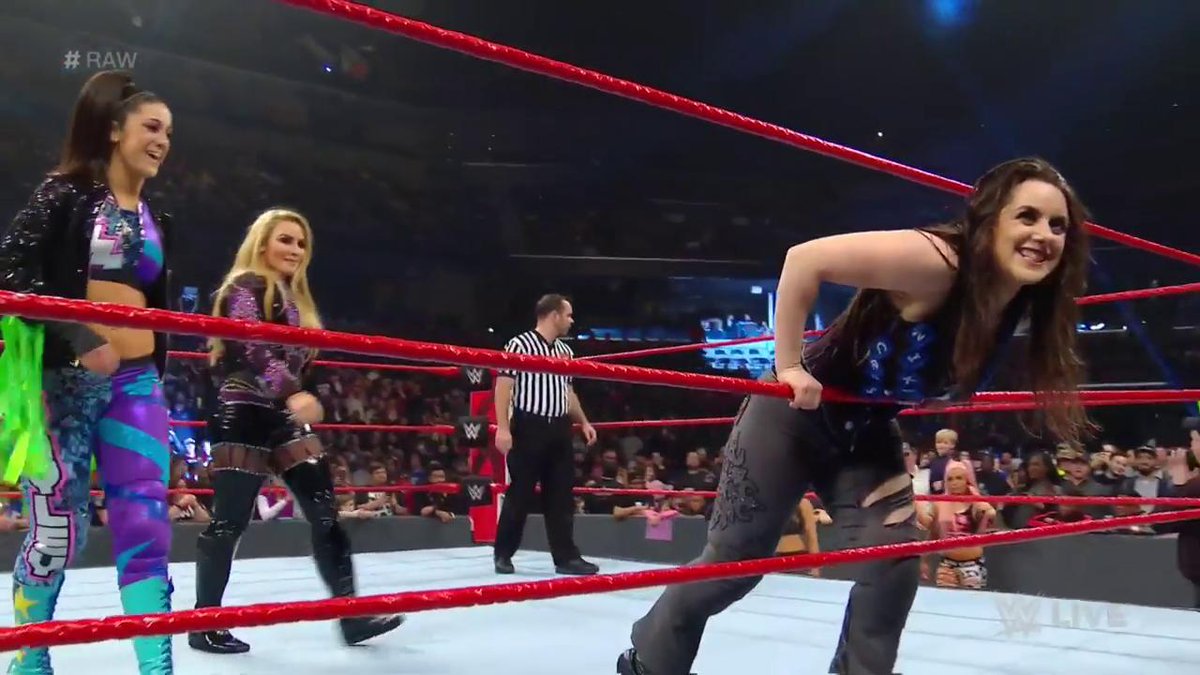 It was noted on commentary that the new call-ups will be appearing on both RAW and SmackDown until they are signed so we can get a good look at the new Superstars. There was no mention of Lars Sullivan or Heavy Machinery as of this writing.

Cross teamed with Bayley and Natalya as the mystery partner for their match against The Riott Squad. Cross dominated when she was in the ring and the finish saw her help Bayley get the pin on Liv Morgan.

EC3 appeared during a backstage segment as Dasha Fuentes was interviewing various Superstars outside of Vince McMahon's door while they waited to find out the new Royal Rumble opponent for WWE Universal Champion Brock Lesnar. EC3 did not speak and appeared for just a second or two.

Evans also appeared in a backstage segment and did not speak. Finn Balor was walking to the ring for his match with Jinder Mahal when he stopped to check out Evans, who was having a conversation with Mickie James and Dana Brooke off to the side.

As noted, EC3 worked his last WWE NXT TV match last Wednesday, a loss to Adam Cole. Cross also had her last NXT TV match on that show, a loss to Bianca Belair. Evans will face Xia Li on this week's NXT episode or the January 23 episode. We noted before how EC3 defeated Curt Hawkins while Evans lost to Natalya in dark matches before the January 7 RAW in Orlando.

Below are shots from the EC3, Evans and Cross appearances on tonight's RAW from the FedExForum in Memphis:

EVERYBODY is tossing their hat into the ring to face @BrockLesnar at #RoyalRumble now...@therealec3 pic.twitter.com/8MbDGlasxM