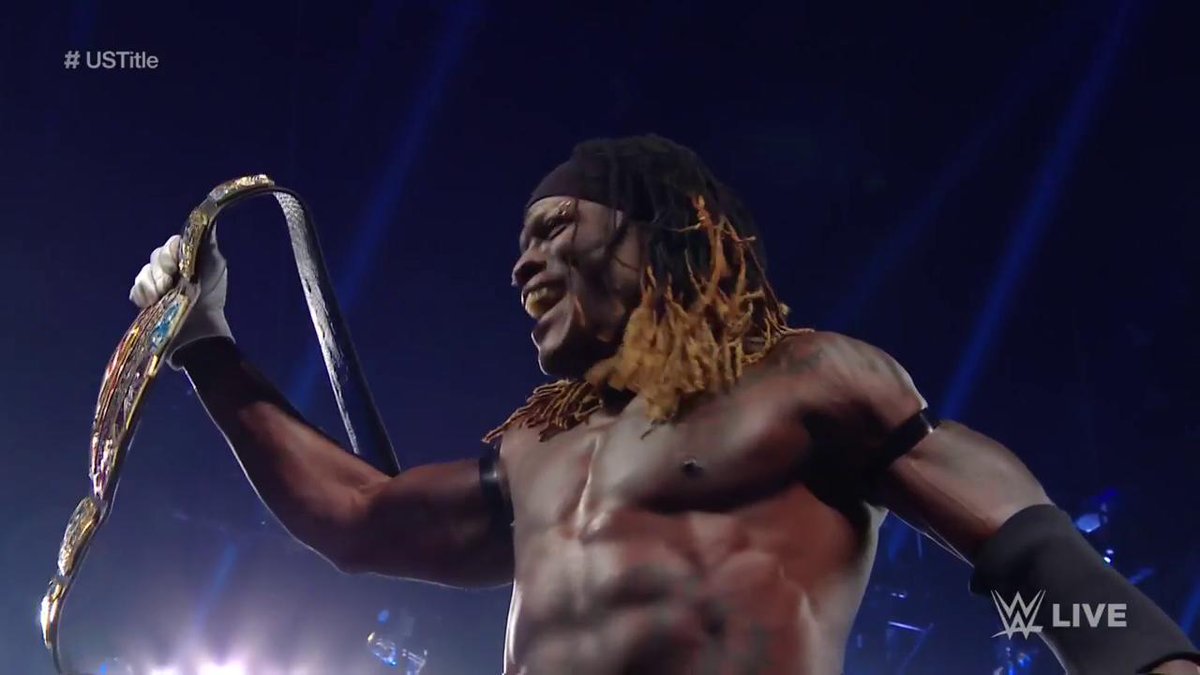 It looked like they may have botched Truth's roll-up on Nakamura. Truth's post-match celebration was interrupted by Rusev and Lana, leading to Truth granting a title shot to Rusev. Truth then retained the title over Rusev. Nakamura and Rusev double teamed Truth after the match and beat him down in the middle of the ring.

Truth is now a two-time United States Champion. Nakamura won the title from Rusev on Sunday during the WWE Royal Rumble Kickoff pre-show.

Below are photos and videos of tonight's title change from the Talking Stick Resort Arena in Phoenix:

...and we're getting ANOTHER #USTitle defense RIGHT NOW!

You could say @RusevBUL and @ShinsukeN are NOT happy about how their matches ended... #SDLive pic.twitter.com/3PZG4fnZXw