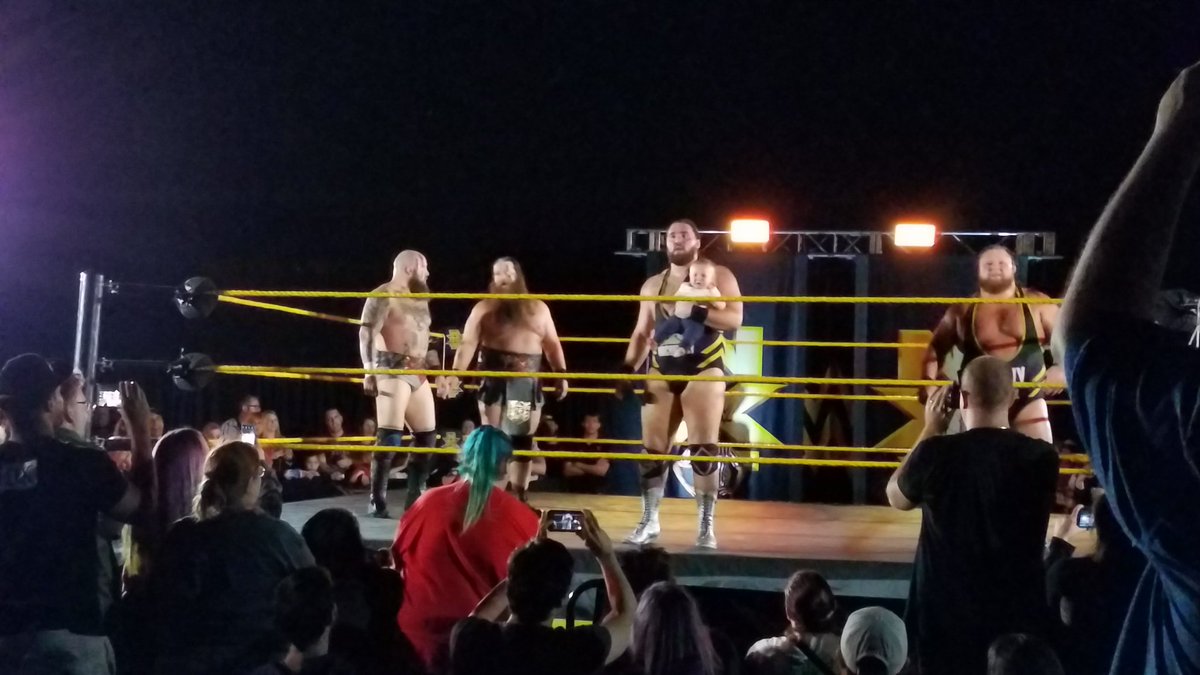 Thanks to Tara's Friend Henry for the following WWE NXT live event results from Saturday's show in Orlando, Florida:

* In-ring segment with NXT Champion Tommaso Ciampa, Aleister Black, Johnny Gargano and Candice LeRae. Black originally interrupted Ciampa's promo but Gargano ran in out of nowhere and laid Black out with a superkick. Candice LeRae ran out and stopped Gargano from shaking hands with Ciampa

* The Undisputed Era came out to watch the Gauntlet Match main event. The results went like this:

After the match, The Undisputed Era attacked Heavy Machinery until The War Raiders made the save and the four of them took out the heels. It wasn't clear if The War Raiders were actually in the match or not. Tucker Knight and Otis Dozovic also gave a great farewell speech as they go to the main roster, Tucker had his newborn baby in the ring