The angle saw Becky attack Flair with a crutch, and then Rousey. There was an agreement where Rousey wanted Lynch to hit her as hard as she could. Becky did just that, and Rousey ended up with a cut on her elbow that needed stitches.

Rousey was also bleeding heavily from the side of her head after the angle, but she did not need stitches for that. She was reportedly checked for a concussions as well, but was fine.

For those who missed it, Flair was left with a bunch of bruises on her arm after the angle. She posted this photo to her Instagram Story: 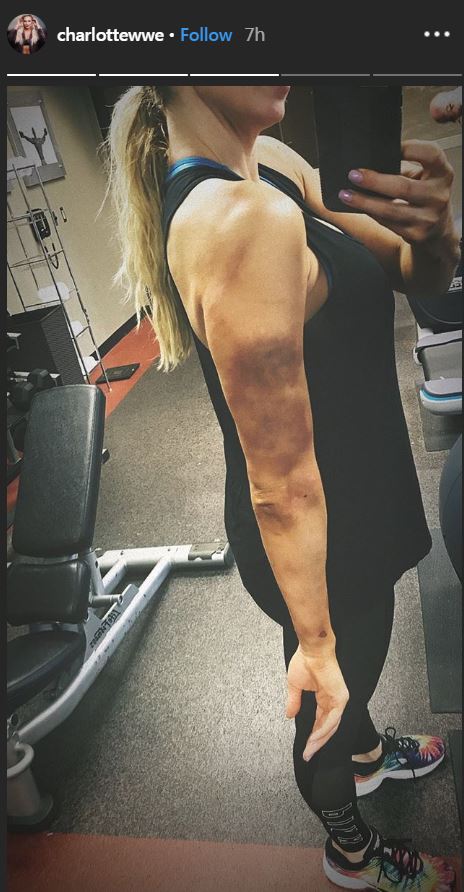